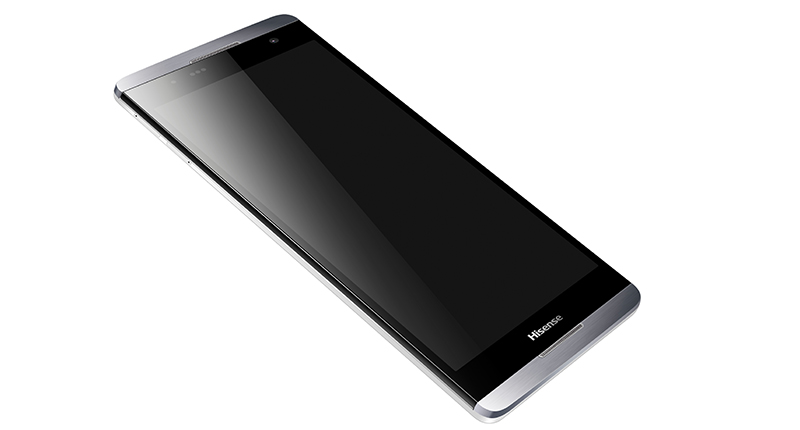 Most of us know the Hisense brand and related it with television sets, but having the Hisense Infinity PureShot LTE (L671) smartphone for three weeks to review changed my perception. Hisense is taking on the established players with new smartphones.

Recently, we commended the Gtel A760 (review) for coming in at about $495, which seemed like a good price. Chinese manufacturer Hisense however, pushes it even lower, coming in close to $100 cheaper at $380.00 for the Infinity PureShot LTE (L671). This is relatively cheap if we are compare with the likes of high-end peers like the Samsung Galaxy S6 Edge + which costs $1075.00.

The Infinity PureShot I reviewed was white. It measures 140.3 x 70 x 8.3mm, the same size as the Samsung Galaxy S6 Edge when the phones are put alongside one another. Its back cover is made of plastic, which feels rather fragile when taking it off to insert the battery. The quality of the screen is sharp and they employed a Corning Gorilla Glass 3, since after three weeks of solid use there wasn’t a scratch on the screen.

It’s actually remarkable to see a Hisense device where design feels like it was a consideration from the start, not something applied only after the component list was compiled.

The Hisense Infinity doesn’t feel as big as it is, as it weighs 135g and it’s honestly light to carry around even if it has a detachable battery – somewhat leading smartphone brands have ditched.

The Hisense Infinity PureShot LTE (L671) comes with two micro SIM cards.The main SIM can be used to make or receive phone calls, to access Internet.While the second SIM is used to manage voice calls and SMS only and you can stipulate which SIM handles voice calls, text messages and data.

Powering the Infinity is a Qualcomm Snapdragon MSM8929 (1.36 GHz) octa-core processor and boasts 2GB of RAM.

The other best thing about the PureShot is that it comes with 16GB of onboard storage and it includes a microSD card slot to further enhance storage by up to 128GB.

You get 13 megapixel with Dual LED Flash on the main camera which delivers crisp pictures in direct sunlight. On the rear you will get 5MP camera with LED Flash.

Like hardware from some of the big players, the video camera allows you to pause recording to facilitate more creativity in creating video. And for those into cinematography, there are also some impressive adjustments on the phone.

The battery life for this phone is worth mentioning. The Hisense Infinity PureShot LTE (L671) smartphone has a 2200 mAh removable battery.

Personally, I want a battery that can last me the whole day. The 2200 mAh battery gave up the ghost in the early evening. That’s about whole eight-hour working day, unlike some of the other smartphone brands, which need charging more often. It still attains this even with heavy use.

Charging the battery from 0% to 100% takes about four hours, which is not that long.

Many manufacturers are now targeting lower priced smartphones, including Lenovo with the Vibe, Acer with the Liquid, Huawei with its recently launched P7, and even Nokia with the X series of Android smartphones.

The Hisense Infinity PureShot LTE (L671) is a force to tote up with in this category.