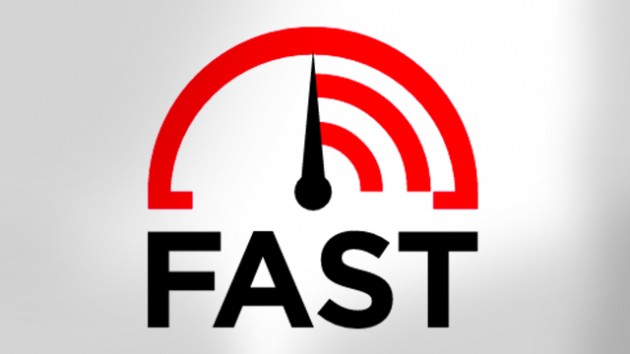 Back in May, Netflix launched fast.com, an internet speed test tool that let users get an idea of whether their connection was up to scratch.

The site was for Netflix members and non-members alike, and has seen millions of users test their connections since it launched, according to the company. And now, in an effort to expand the project further, Netflix has launched iOS and Android versions of the tool in app-form.

The Fast app works in the same way as the site itself and will help Netflix in its quest to gain information on which internet service providers aren’t providing enough bandwidth to users. As such, it’s a good tool to use even if you’re not a Netflix user, as it should help to single out those ISPs which aren’t living up to their promises.

As 9to5Mac, which originally spotted the new app, points out, Fast is also a good option for speed testing as ISPs are aware of the more popular testing sites and can adjust network performance to gain a better result. That means users will get misleading speed test readings which won’t reflect the actual browsing speed when accessing other sites.

Fast, however, will test the user’s connection to the Netflix servers, so should yield a more accurate result – though, you won’t be getting any upload speed results as the company says download speeds are more important for the average user:

“In pursuit of the design goal of simplicity, we deliberately chose to measure only download speed, measuring how fast data travels from server to consumer when they are performing activities such as viewing web pages or streaming video. Downloads represent the majority of activity for most internet consumers.”

Fast is a free app and is available now from the Google Play Store and Apple App Store.