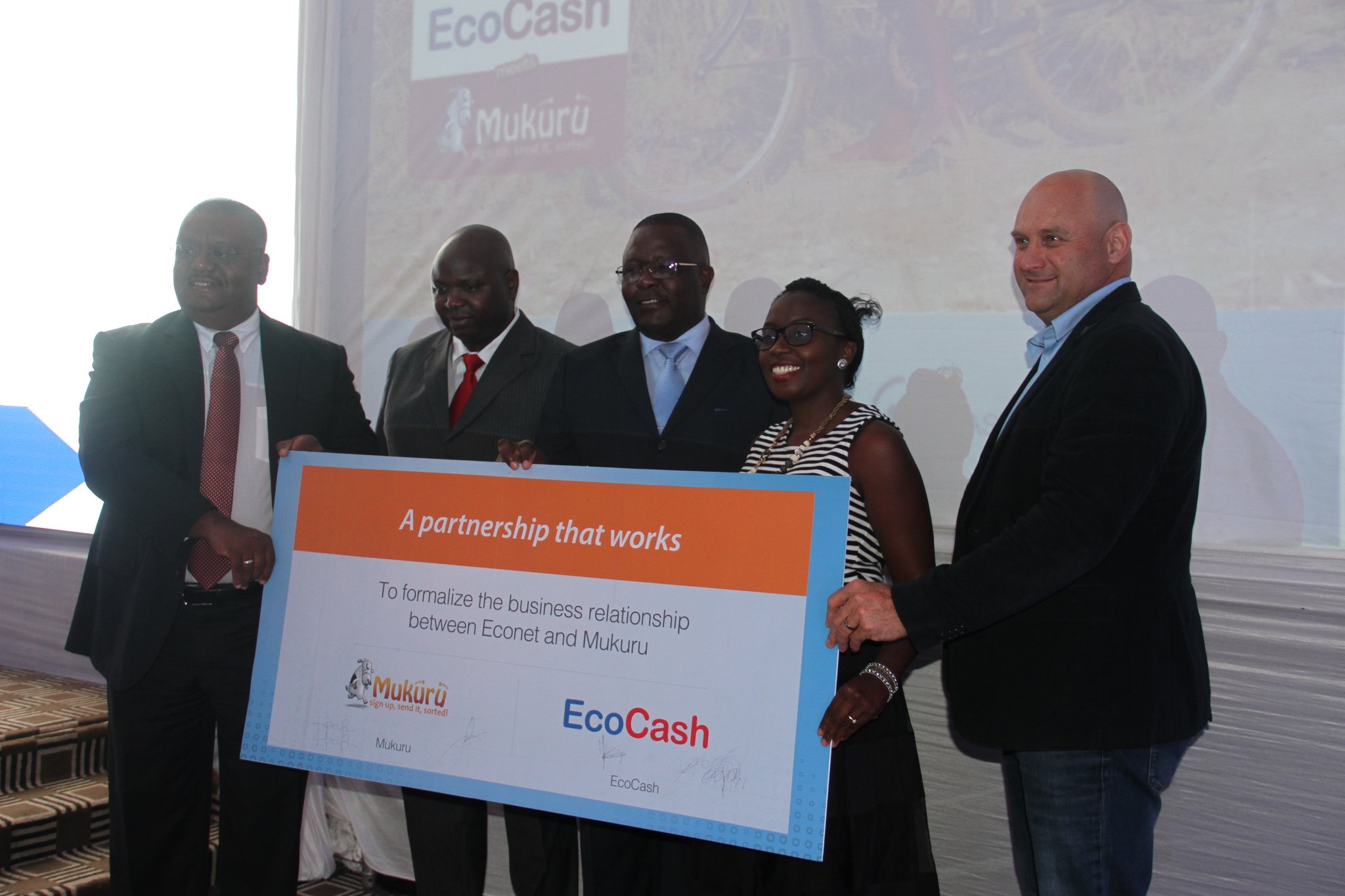 Econet Wireless Zimbabwe today announced a money transfer deal between EcoCash and Mukuru Money Transfer, which is a well-established and growing international remittance provider. This partnership between Mukuru, a key player in the South African remittances space, and EcoCash, which has the largest last-mile distribution footprint in Zimbabwe, marks an important milestone which will bring significant benefits to companies, customers and the Zimbabwean economy at large.

The partnership was facilitated and structured by Cassava, a wholly-owned financial technology (FinTech) subsidiary of the Econet Group, and is designed to further consolidate EcoCash’s market leadership position and injecting the much needed liquidity into the Zimbabwe economy through inward remittances.

Cassava’s strategy for EcoCash remittances is to introduce as many options as possible for Zimbabweans living in the diaspora to send money home in an affordable, safe, convenient and most reliable manner. With over 6.5 million customers and a robust network of almost 30,000 agents, EcoCash’s position and ability to deliver such a remittance service is unrivalled in the market.

The arrangement between EcoCash and Mukuru will enable Zimbabweans in South Africa to send money directly and instantly into EcoCash wallets in Zimbabwe. The money sent can be cashed out at any one of the EcoCash agent outlets in Zimbabwe, or used for any other service available on EcoCash such as person to person money transfer, pay bills or buy airtime. In addition, senders in the diaspora will be able to access the same EcoCash functionality currently available locally in Zimbabwe, a feature that will not only be unique, but will also result in unparalleled levels of convenience and control for the sender in terms of how they want the money used. These are all features and benefits that were previously not unavailable to them.

Econet Wireless CEO Mr Douglas Mboweni said, “We are excited about our new partnership with Mukuru. Remittances play a major role in our economy and in the foreseeable future we will be extending the same convenience for Zimbabweans living in other countries as we continue to innovate and bring convenience closer to our customers.”

Natalie Jabangwe-Morris, General Manager for EcoCash added, “Through Cassava, EcoCash is consistently working towards broadening its portfolio of international remittances, including EcoCash South Africa, our very own offering. Whether we partner or go direct, our role as EcoCash is to ensure that these remittances provide a real impact on our economy in addition to sustaining the livelihoods of our customers. Therefore such unique collaborations will continue to be our major focus going into the future.”

André Ferreira, Mukuru’s Chief Executive Officer said, “Mukuru has been the leading remitter to Zimbabwe for over a decade, focusing on making it easier for the diaspora to stay connected to the ones they love. When we needed to expand our reach in Zimbabwe, EcoCash with the largest last mile distribution, locally, was the obvious choice. The great work EcoCash has done domestically in Zimbabwe with over 6 million customers, will allow the diaspora community to benefit from their nationwide coverage when sending money home with Mukuru.”

Weighing in on the significance of this partnership, Mukuru’s Head of Marketing, Michael Cook, said, “We know that many individuals who live in rural areas go through a lot to collect money. It can be a whole day affair. That is why the launch of this partnership is so exciting. When receiving money with Mukuru, no one will ever need to travel long distances again to collect it. In fact, the money goes straight to you, directly into your EcoCash mobile wallet, regardless of where you are. That includes places like Jerera and Binga, in a matter of seconds.”