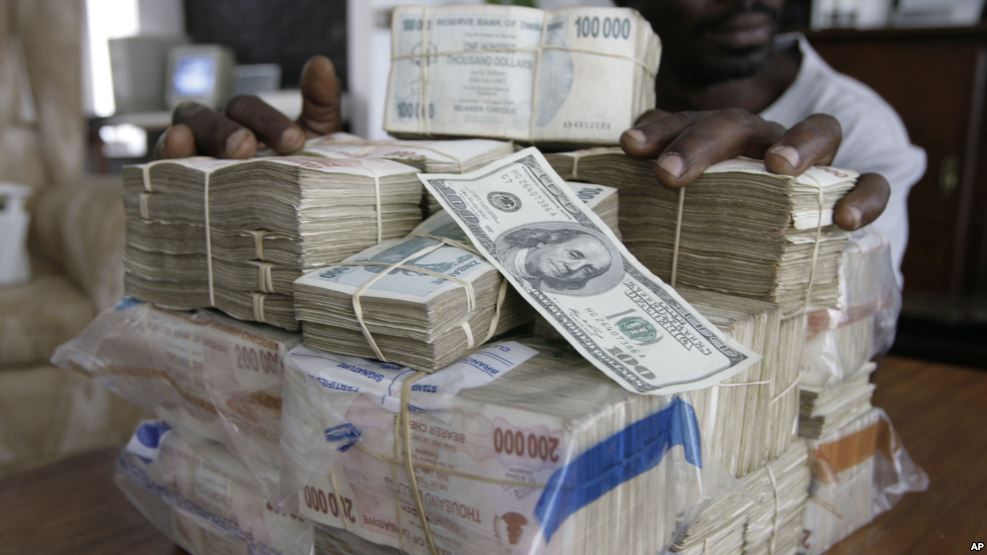 The governor of the Reserve Bank of Zimbabwe, DR John Mangudya says they will introduce “bond notes” equivalent to the US dollar by the end of next month to tackle cash shortages, but this has sparked outcry from analysts who fear a repeat of the unwarranted money printing that led to hyperinflation between 2006- 2008.

Presenting his mid-term monetary policy statement in Harare, DR John Mangudya said RBZ would be going ahead with the introduction of “bond notes” despite strong criticism from the public.

Zimbabwe adopted the US dollar and South African rand in 2009 after massive inflation wreaked havoc to the economy and rendered the local currency worthless. And last year due to the weak rand against the USD$, Zimbabweans stopped using the Rand.

DR John Mangudya says at least $75 million worth of bond notes will be in circulation by December, but will only be issued in smaller values of $2 and $5 to allay public skepticism. The notes will be released into the economy at the end of October. The bond notes are backed by a $200 million African Import and Export Bank facility.

“The Bank has heard and taken note of the public’s concerns, fear, anxiety and scepticism of bond notes which all boils down to the general lack of trust and confidence within the economy. The Bank is addressing the concerns by planning to introduce smaller denominations of bond notes of $2 and $5.” Mangudya said.

This year in May, the RBZ introduced the performance-related export bonus scheme of up to 5 percent to enhance productivity and promote exports with the overall aim of lubricating the economy.

He said tobacco was the largest export commodity and this year, farmers would receive $28m in bond notes, which would be the incentive from the bank for exporting. Between May and September, exporters have grossed $56 million in incentives, which will be paid out in the form of the token currency, RBZ data shows.

“The bond notes will start to circulate by the end of October and will be at par with the US dollar,” John Mangudya.

“The bond notes will be gradually released into the economy in sympathy with export receipts through normal banking channels up to a maximum ceiling of the facility of $200 million. The ceiling would be attained when total exports are around $6 billion,” said Mangudya.

“We anticipate by the end of the year $75m will be in the market.”

Mangudya repeated that the introduction of the bond notes did not mark the return of a much-hated local currency by stealth.

Market analyst believe the token currency would not hold its US dollar value for more than a month and as it’s been seen as a new version of the Zim dollar. Some economists also said that printing a new “bond note” would fuel a parallel black market. One Black Market trader hinted that the current rate of bond note is 2:1 against the US dollar and he forecasted that that by end of October when they come out it will be 1:5 against the US dollar.