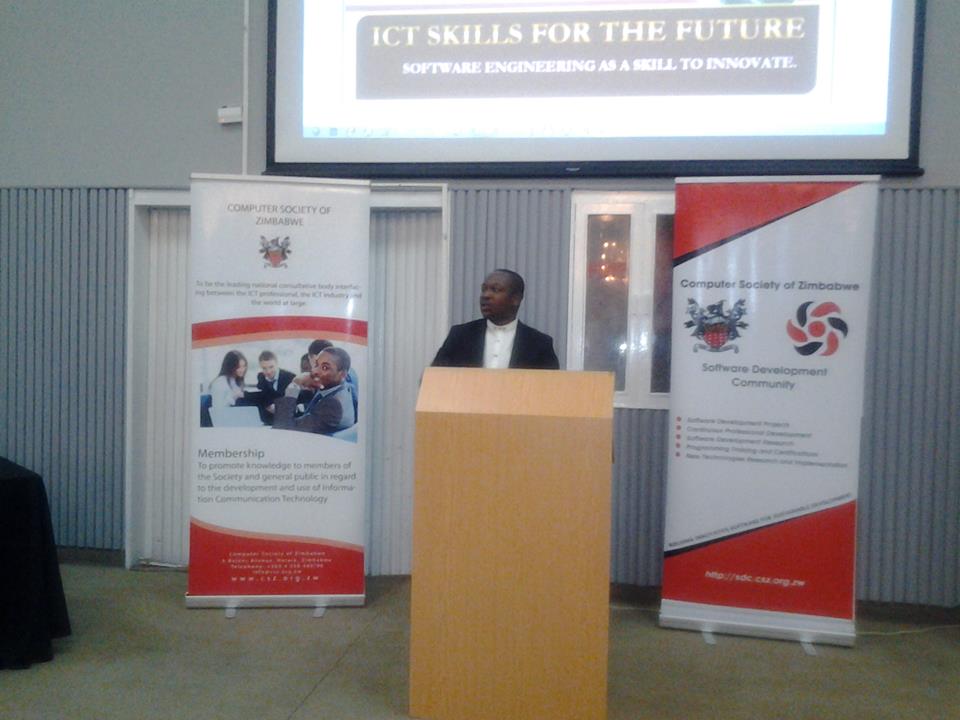 Shared during the launch were presentations made by I.T professionals whose compassion is in inspiring citizens to embrace the future of I.T or Software in  resuscitating the local industries and every sphere of influence.

Co-founders of the project, Kudakwashe Motsi and Fisher Mavaza gave a motivational opening speech to the audience that gave an insight to the road map of the SDC initiative from its inception.

“Our main aim is to motivate and inspire Bulawayo software and IT community to join the major or key players in this field and in this case Harare takes the leading role.There is need to embrace the use of IT and software in rebuilding local industries, business process re-engineering, e-commerce, mobile applications, Artificial Intelligence and the use of Business Intelligence is undoubtedly part of the solutions to some of these traditional business methods,” said Kudakwashe Motsi in his presentation. 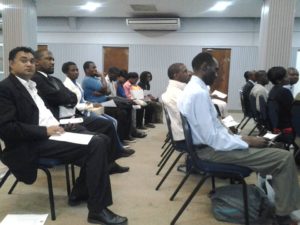 an audience following the procedures and presentations

CEO of Soft-IT Consultants company Mr Kalala Kensela gave a brilliant presentation based on the journey he took for more than 15 years in IT, focusing mainly on African technology industry climate and forecast of I.T opportunities.

“I am encouraging the young IT entrepreneurs to be open minded and have a dynamic mind  in order to be successful IT gurus of the future, I have been in this field for more than 15 years and the journey has led me to many discoveries and just rise up from the norm and enter the uncharted spheres of IT,” said Kalala Kensela.

The other guest speaker Takunda Chigonzo focused on ‘The Practical and Tangible Aspects of Software in Zimbabwe’, sharing his experiences as the youngest IT entrepreneur in Africa so far and his commitment in assisting and joining community projects such as SDC. 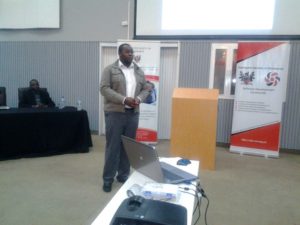 “I strongly believe that it is possible to reach our targeted goal in enhancing IT in Africa if we could cohesively take the digital Africa opportunity as one,” said Takunda Chingonzo.