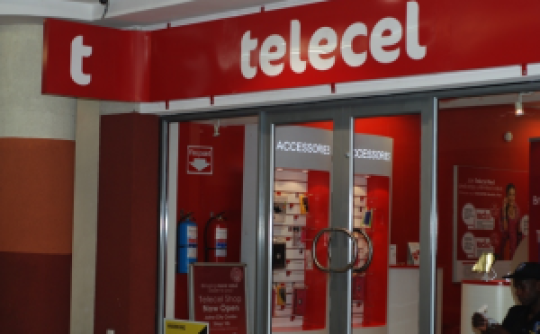 Telecel Zimbabwe continues to listen to its customers and their thirst for better internet. Accordingly, Telecel has undergone a massive data network improvement exercise by upgrading and increasing radio sites to boost the availability of 3G coverage in areas that previously had 2G and increasing capacity and internet connection speeds across the entire network.

Earlier in the year, Telecel upgraded 203 3G sites mainly in urban areas to provide even faster 3G internet speed in these areas. Another 60 sites will be upgraded by the end of the year.

Telecel has also expanded its 3G network with 44 new 3G sites in its network upgrade project which the mobile company says is an on-going exercise. The mobile operator is aiming to complete a total of 74 new 3G sites before end of this year, leading to a total of 337 3G sites either improved or newly rolled out.

Telecel Chief Technology and Innovation Officer, Tendayi Chirokote, says the mobile company is concentrating particularly on areas that have previously not enjoyed 3G data coverage or have had inadequate coverage.

“The current mobile data upgrade exercise is primarily targeting rural and peri-urban areas were our data coverage has been lagging behind with many of those sites being 2G sites. The exercise will see many of our 2G sites being upgraded to 3G.

“In addition to upgrading the current 2G sites to 3G status the current exercise is also ensuring internet speeds on our network are being increased in urban areas. The most notable increases in mobile internet speeds have been recorded in Bulawayo, Northern Harare, Mutare, Bindura, Chinhoyi, Kariba and Rusape,” said Mr Chirokote.

“Our data upgrade exercise is going on well and we are happy to confirm that the project has seen the improvement of customer experience in all upgraded and new 3G areas. The instant uptake of all new added capacity clearly points to Telecel’s customers’ appetite for outstanding data services,” explained Chirokote.”

Smartphone penetration on the network has been increasing steadily. In order to assist this uptake more, Telecel is making available to the market smartphones competitively priced at $64. The operator is currently running a special on the ZTE Blade handset at all its shops and franchises. The handset can come either on its own or as part of a bundle.

Among some of the rural and peri-urban areas that have benefited from the new 3G sites are Filabusi, Binga, Nkayi, Mvurwi, How Mine, Gwanda, Guruve, Mutoko, Nyamapanda, Chivhu, Gokwe, Rafingora and Lion’s Den.