Facebook’s other chat app WhatsApp has received some shiny new updates, with others arriving in the coming weeks.Available at the time of writing, the app now allows users to tag individuals in group chats by using the @ symbol.Users can now tag individuals in a group chat. For those caught in a big group or community groups, this might be a useful way of communicating with one particular person. The feature has gone live on Android and iOS as well. 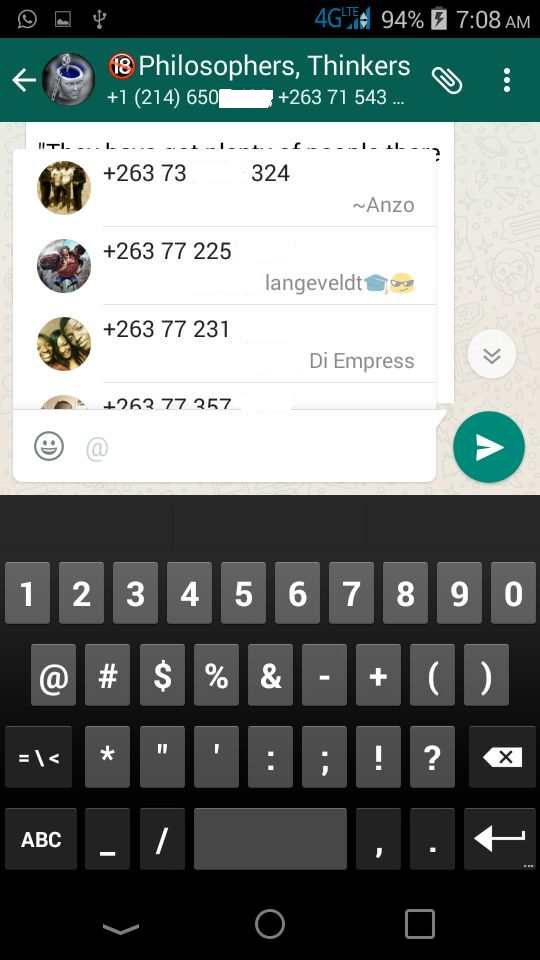 WhatsApp Mentions is a new feature to tag specific people in a group.

Users can simply head to a group chat, drop the @ symbol in the text field, and WhatsApp will pull up a list of names within that group. Users can then tap on a name to add them as a mention. It’s all, at least mechanically, a lot like Twitter.You can now mention specific users in WhatsApp groups, which makes hiding a little problematic.

You’re most likely not going to like this if you’re in a number of groups that you didn’t ask to join. But if you’re lucky enough to be a part of productive  group like ICT Pros with positive group chats, this will certainly come in handy to keep conversations on track.

When you take into account that WhatsApp allows 256 users in a group, it can be difficult to keep up or making sure the right person sees your note. You can tag multiple users at once, too.

The big downside to this: Notifications will now appear on muted chats as well, thanks to the mentions features. Thus ensuring that you can no longer afford to ignore anyone, even if you really wanted to do that.

Speaking of iOS, some Apple users are now able to send, receive and more importantly, view GIFs in chat. This feature has been available in the beta version only.On Android, WhatsApp still adds GIFs to message threads as videos, but this should soon change.

For those more security orientated, the developers are also reportedly adding two-factor authentication to the app in the coming versions. This feature isn’t yet available, but the possible existence of the feature has been spied in the terms of service by WhatsApp’s beta snooper.

Beyond this, other features like video calling, are also scheduled to the app’s stable channel soon