After a robust growth in the past years, Telone saw the number of new subscribers going down in the second quarter of 2016. Telone subscriber base declined by 0.8% to reach 332,580 from 335,172 recorded in the first quarter of 2015, said the Postal and Telecommunications Regulatory Authority of Zimbabwe (POTRAZ).Although cell phones and VoIP are increasing in popularity, landlines will probably stick around until coverage and security improve. So while landlines linger on for now, don’t rule out having to explain what a telephone pole was to your great-grandkids

Digitalisation has had a huge impact on how we use our phones, with consumers now supposing to access data-rich services such as social platforms, videos and emails, on the go via their smartphone or tablet. This in turn has impacted billing and charging models, resulting in customers buying an increasing number of flat rate and unlimited packages, made up of app-specific service bundles. 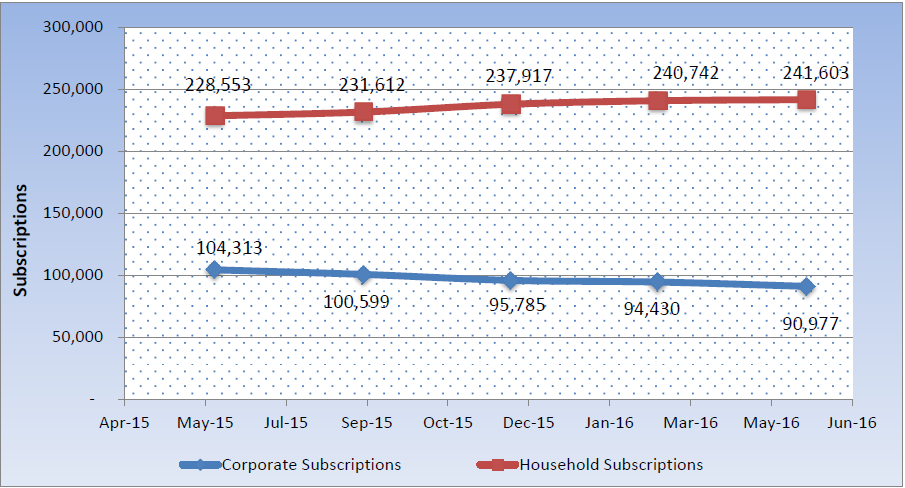 On the surface, Telone Should:

However, the situation on the ground is somewhat different. With growing competition and smartphone penetration reaching near 50%, the challenge of acquiring and retaining new customers is more important than ever. As a result, Telone have been forced to engage in a race to the bottom, based on price, to increase volumes and continue to generate a margin.

To maintain a competitive edge, not only does Telone need to look for systems that can support these new charging models but Telone also need to develop partnerships which enable them to offer an enhanced range of services to their customers. Instead of focusing on merely pushing “simple” offerings that can be easily replicated, they will need to define an offering made up of telco and non-telco services, which have a clear appeal to specific segments of the market.

In recent months Telone has had its eye Wi-Fi Hot spots and last Friday two Wi-Fi hotspots here added in Norton (Telone offices and another at Katanga Shops).

Through this approach, Telone will be able to provide their customers with all the services they require in one location, and offer a diverse range of offerings tailored to suit each individual’s needs.

Over The Top services have been a huge contributer to the decline .In general, the term OTT refers to the delivery of video, audio and other media from a third party to person’s device, leaving the Internet service producer responsible only for transporting bits and bytes. OTT is most often used to discuss video streaming services such as Netflix , WhatsApp, Hulu, or WhereverTV, but it includes voice-over-Internet-Protocol, or VoIP, services that are driven by audio and used for communication purposes.

Telone should implement Speed-based pricing on their broadband services. The problem with simple flat rates is that they open the door to OTT providers and data free riders, where a small percentage of users consume an over proportional percentage of data traffic.