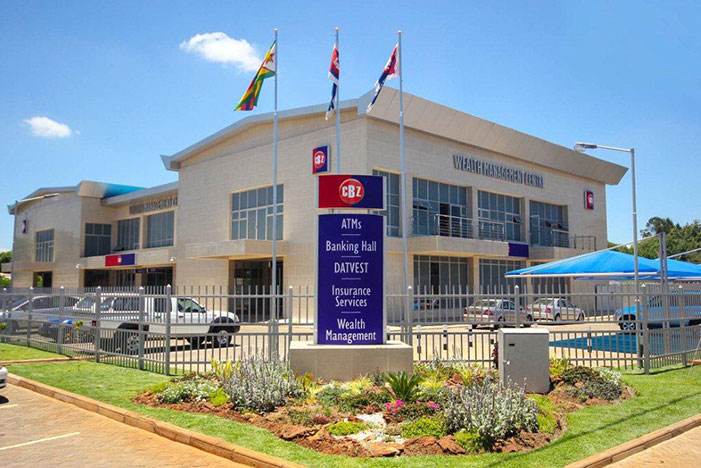 CBZ Bank took first place in all the Banking Institutions Awards categories of the Excellence in Corporate Governance Banking Awards on Thursday, while its parent company, CBZ Holdings, was among the top three in all the Listed Companies categories.

There were two individual winners of the Governance Professional of the Year Award. CBZ Holdings group legal corporate secretary Rumbidzayi Jakanani won the award for her company’s consistently winning Excellence in Corporate Governance Awards every year, since the awards were inaugurated four years ago.

Innscor Africa company secretary Andrew Lorimer won the other Governance Professional of the Year Award for his company having the most improved ranking in the listed companies category.

The Institute of Chartered Secretaries and Administrators in Zimbabwe (ICSAZ) has been holding the Excellence in Corporate Governance Awards since 2013 as a way of promoting good corporate governance.

All companies listed on the Zimbabwe Stock Exchange were evaluated, apart from two companies with a secondary listing on the ZSE and three newly listed companies that did not have 2015 annual reports on the ZSE website. The adjudicators use annual reports and other publicly available documents in their adjudication.

All 53 companies evaluated were ranked, although only the names of the top three were announced at the awards ceremony on Thursday. The rankings of the other companies would be posted on the ICSAZ web-site, Dr Musamba said.

Dr Musamba said the adjudication exercise revealed that reporting entities in Zimbabwe had not applied the National Code on Corporate Governance, which was launched by the government in April last year.

“Also  there is evidence of participants following some reporting templates without serious efforts to disclose relevant and reliable information to users.

“Best corporate governance practice recommends voluntary as opposed to mandatory disclosure regimes. Any corporate board that takes corporate governance seriously should not wait for the ‘stick’ to do the right thing. The responsibility of stewardship should be the utmost drive to voluntarily disclose relevant and reliable information to shareholders and other stakeholders,” he said.

The Excellence in Corporate Governance Awards Dinner has become an important annual event for corporate bodies, as evidenced by the turnout at the dinner on Thursday. The awards have become a hallmark of excellence and provide a yardstick for best corporate governance practice. They recognise the efforts of corporate boards that effectively lead their organisations in a sustainable, innovative and ethical way.

The adjudicators’ remarks highlight shortcomings, which provide a further yardstick for organisations to measure up to.