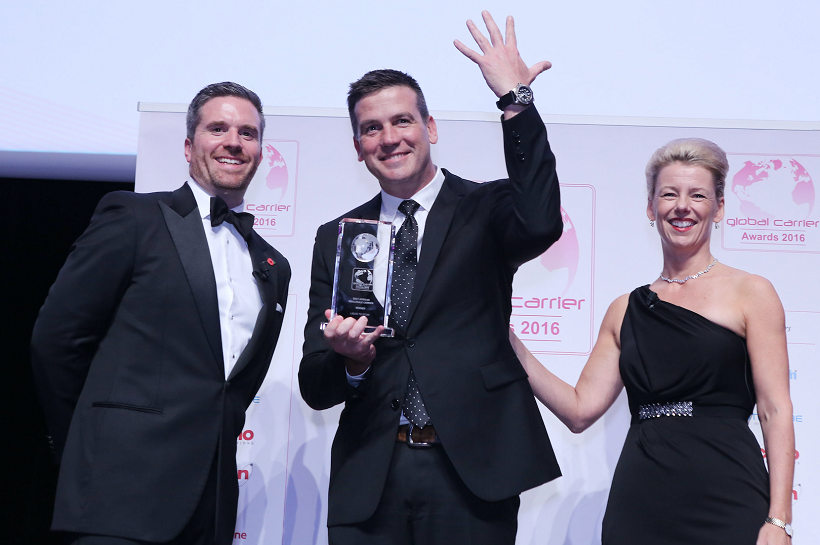 Last night at the annual Global Carrier Awards, Liquid Telecom was named Best African Wholesale Carrier for the fifth consecutive year, with the company recognised for its dynamism, ongoing innovation and overall excellence.

“Winning five years in a row is an exceptional achievement to celebrate. I wish to congratulate everyone at Liquid Telecom, who all have worked hard to make this happen,” said Nic Rudnick, Group CEO, Liquid Telecom.

“We want to ensure that every person and business in Africa has access to fast and reliable connectivity. We are expanding our network every day to new areas and continue in our mission to build Africa’s digital future”, Nic further declared.

Amongst the company’s long list of highlights during 2016 are:

The acquisition (subject to regulatory approvals) of South African communications network operator Neotel. The combination of Liquid Telecom with Neotel will create the largest pan-African broadband network. Through a single access point, businesses across Africa will be able to benefit from Liquid Telecom’s innovative services delivered over its 40 000km of international, metro and local access fibre networks.
The joint venture with Botswana Power Corporation (BPC) enables Liquid Telecom to market its full range of services in Botswana and better address the network needs of its wholesale and enterprise customers in the region.
Continued expansion of its backhaul, metro and last mile fibre, wireless and satellite networks and ability to provide connectivity into every single African country, through its growing number of partner networks.
The opening of a second satellite hub at the Teraco Data Centre in South Africa, increasing Liquid Telecom’s capabilities to market VSAT services in the most rural areas across the region.