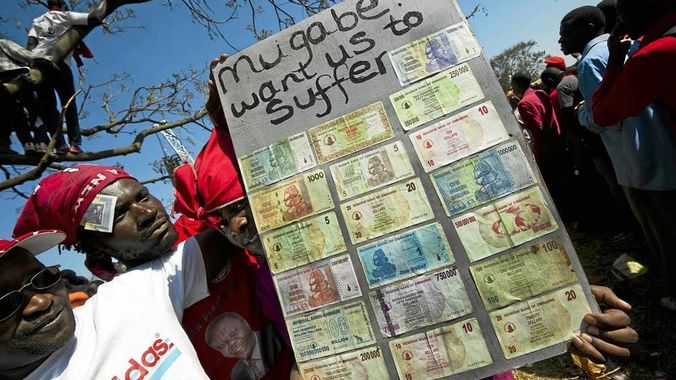 The soon to be released bond notes have failed the confidence test with analysts warning the plan was secured on an unsteady foundation. But these warning have fallen to deaf ears of Zimbabwe leadership.

President Mugabe yesterday gazetted Statutory Instrument 133 of 2016, which delivers a legal framework for the introduction of bond notes as tolerable legal tender in Zimbabwe. SI 133 of 2016, Presidential Powers (Temporary Measures) Amendment of the Reserve Bank of Zimbabwe Act, empowers the central bank to issue out bond notes using its preferred design form and material Mangudya to deliver Monetary Policy Statement.

Section 44B of the amendment reads: “The Minister may by notice in a Statutory Instrument prescribe that a tender of payment of bond notes and coins issued by the Bank that are exchangeable at par value with any specified currency other than Zimbabwean currency prescribed as legal tender for the purposes of section 44A, shall be legal tender in all transactions in Zimbabwe to the same extent as that prescribed currency”

The Reserve Bank of Zimbabwe (RBZ) has also started campaigns ahead of the release on of the Bond Notes, it has now been six months after announcing plans to roll out the bond notes.

In terms of the statutory instrument, RBZ will determine how the bond notes and coins will look like.“There hereby issued by the Minister in terms of section 44B (1) of the principal Act as inserted by these regulations bond notes in such units as shall be specified by the Bank and whose design, form and material shall be determined by the Bank and notified to the public.”

Last week during the ZNCC meeting Dr Mangudya refused to state the day for the introduction of bond notes, “I always want to ask why you want the date. It’s terrible in this economy, you give them information in good faith and they use it as ammunition. You need to have equilibrium of the information you give and what you will not give.”

The bond notes, which are guaranteed by a $200 million African Export Import Bank (Afrexim) loan facility, will be at par with the US dollar. Bond notes will be first introduced in $2 and $5 denominations before gradually rolling out the $10 and $20 notes. The first phase of the bond notes introduction will see $75 million being released by end of December this year.