SURGE is a fictional character designed by James Magwenzi founder of DigiArt Studio. Surge made her first appearance in the second issue of SunBlast Red. Her real name is Kerina Kondo or Keri for short. This female character was once part of Ice Storm’s team (Archrival of SunBlast) and after being capture in together with her associates in the third issue of the online comic series. 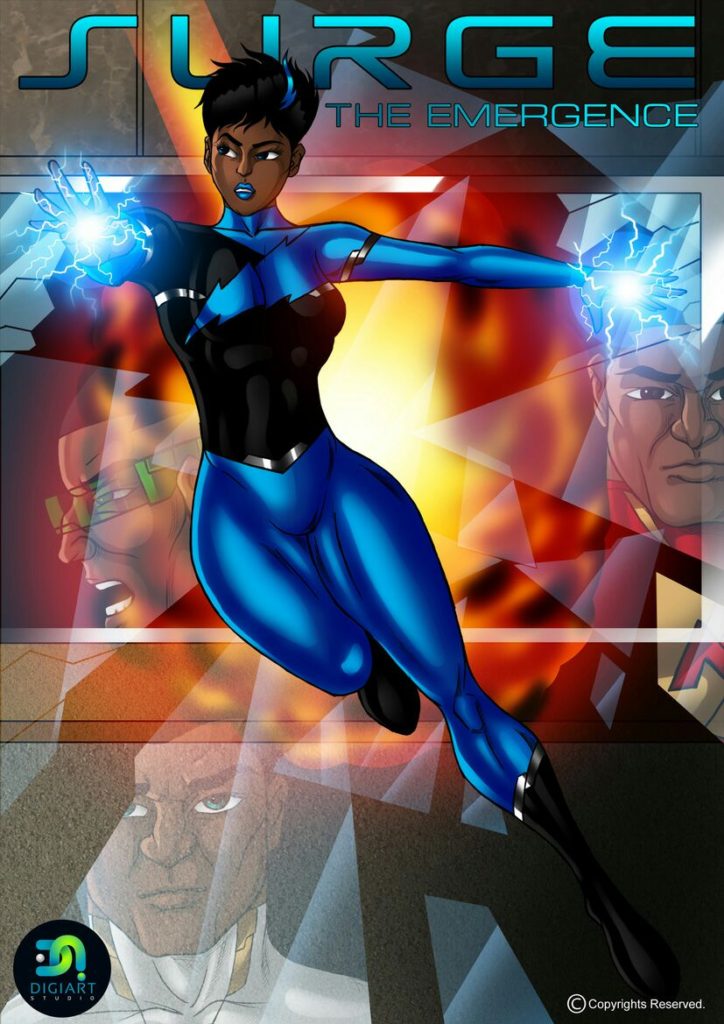 Surge has the power generate electricity, emit E.M.P’s (Electro
Magnetic Pulses) and is immune to telepathy. 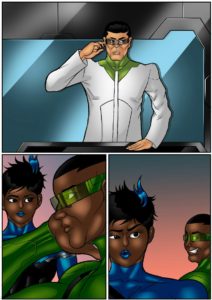 This is the first time DigiArt Studio is releasing a comic book with a female as the main character. In the comic book we will see what this villain turned hero has become under Space Intelligence which is an Intergalactic Law Enforcement organization, where you will find characters like SunBlast Red, Fyr Rush, Golden Tiger and the Science and Tech Genius Dr. Barrage.

Surge represents any person in the world who has been lost and did not know where and how to use their gift and ended up on the wrong path, as we see in the issues she 1st made her appearance. However we all get second chances depending on the choices we make in the end which is what we will see in this seventh issue. Surge is definitely a force to be reckoned with beyond her beautiful looks, she is smart, tough, brave, has a bit of a short fuse but she is also a reasonable person. Overall Surge is apex in the use of her abilities and is quite iconic in her nature.