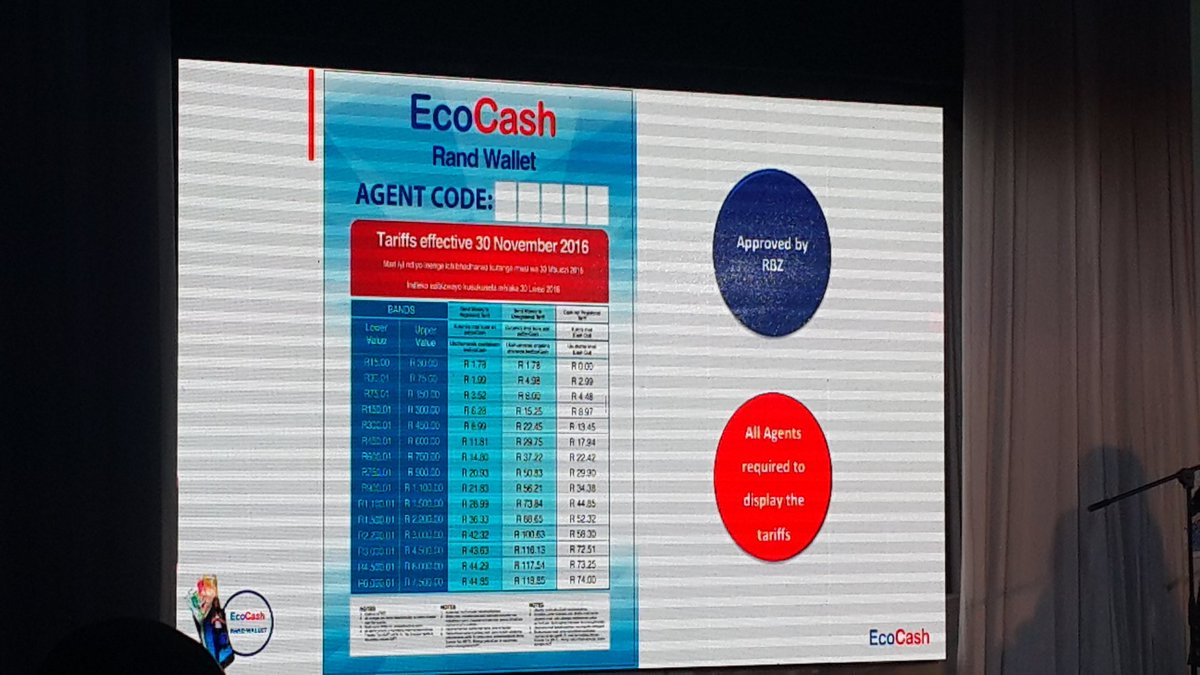 Econet Wireless has for the first time in Zimbabwe introduced the South African Rand (ZAR) as a currency of transaction via EcoCash. With the facility, EcoCash customers are now able to either Cash-In, Cash-Out or make payments to merchants and billers in Rand, said Douglas Mboweni, Econet Zimbabwe CEO.

The currency will be a separate wallet, allowing the customer to transact in both USD and ZAR from the EcoCash wallet. The service will be immediately available to all Ecocash registered customers without the need to re-register.

Econet Wireless CEO Mr. Douglas Mboweni said, “Today we witness another chapter of innovation as we continuously explore new ways to make a positive and meaningful impact to our customers’ lives. The introduction of a multi-currency wallet is another step towards meeting the country’s vision of becoming a cashless society and of easing liquidity in a multi-currency regime. We are also striving to offer our customers a robust service which combines ease of use, high-levels of security, accessibility and more importantly choice. We can never thank enough our customers, agents, merchants and the regulatory authorities for their continued support on this journey.”

The multi-currency positioning is very timely in the Zimbabwean market where over 60% of Zimbabwe’s imports and exports combined are in Rand currency. Introducing the rand will reduce pressure on the USD currency, which has become the predominant currency over the years but the utilisation levels are unsustainable. Strategically, Zimbabwe already supports a multi-currency monetary policy. This move will enable the economy to become more liquid, help stimulate the economy and allow subscribers to maximize the benefits of the dual currency applications.

The Ecocash General Manager, Natalie Jabangwe said “The EcoCash multi-currency wallet provides the same secure, state-of-the-art technology which enables our customers and partners to perform transactions in USD and ZAR instantly and automatically. The first phase of the Rand wallet roll-out will allow our customers to Cash-In and Cash out ZAR at any of our Ecocash Agents, send money, and make payments to merchants and billers as well as send remittances on 1:1 in ZAR from South Africa. Additional services such as banking services and card transactions, will be gradually added on to the rand wallet system.”

Internationally, EcoCash is becoming a global wallet. There are now limitless and exciting opportunities that Innovation brings to the Fintech space, an area which Econet is looking at closely, through its International subsidiary, Cassava International. For further information and/or media