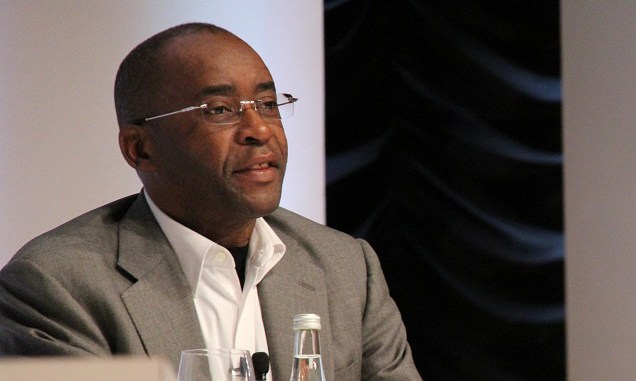 Strive Masiyiwa, has bought two penthouse units at the prestigious Eldorado tower for $24.5 million sources in New York can confirm. The duplex penthouse with four terraces balanced in one of the magnificent twin towers of the Eldorado, an Art Deco landmark at 300 Central Park West, the penthouse enter the market priced at $29 million.

And unless you have been living under a rock, Masiyiwa is the founder and executive chairman of diversified international telecommunications group Econet Wireless. 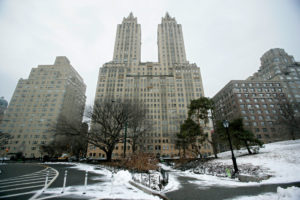 Most you may be wondering what 24.5 million can buy you, keep reading. The Eldorado at 300 Central Park West, on the Upper West Side of Manhattan, is the northernmost of four twin-towered luxury housing cooperatives that face the west side of Central Park. And according to New York Times, the art deco style apartment building fills the complete block front extending between West 90th and West 91st Streets and overlooks the Jacqueline Kennedy Onassis Reservoir in Central Park. Surrounding floors 29 and 30 of the Eldorado’s northern tower, the sprawling residence takes full advantage of sweeping views, including the full panorama of Central Park, Midtown Manhattan skyscrapers, and glimpses of New Jersey across the Hudson River.

A private landing opens onto the apartment on the 29th floor, a space that has four en-suite bedrooms, a separate one-bedroom unit that has a corner living room with an original fireplace and a windowed kitchen, and a separate maid’s room.

The lower, bedroom level on the 29th floor was originally designed as an apartment with three bedrooms, a living room, dining room, kitchen, small library and two maids’ rooms. It was later divided into its current configuration, but retains many original details like oak herringbone floors, ornate bathroom tiles and a seven-head shower in the corner master bedroom suite.

The upper level, which is not reachable by elevator, also includes a large kitchen and was once used as a communal club by the early tenants of the Eldorado. It retains the oversize fireplace and 1920s terra-cotta floor tiles.

The sellers were Dr. John W. Rowe and his wife, Valerie Rowe, who bought the apartment in 1989.