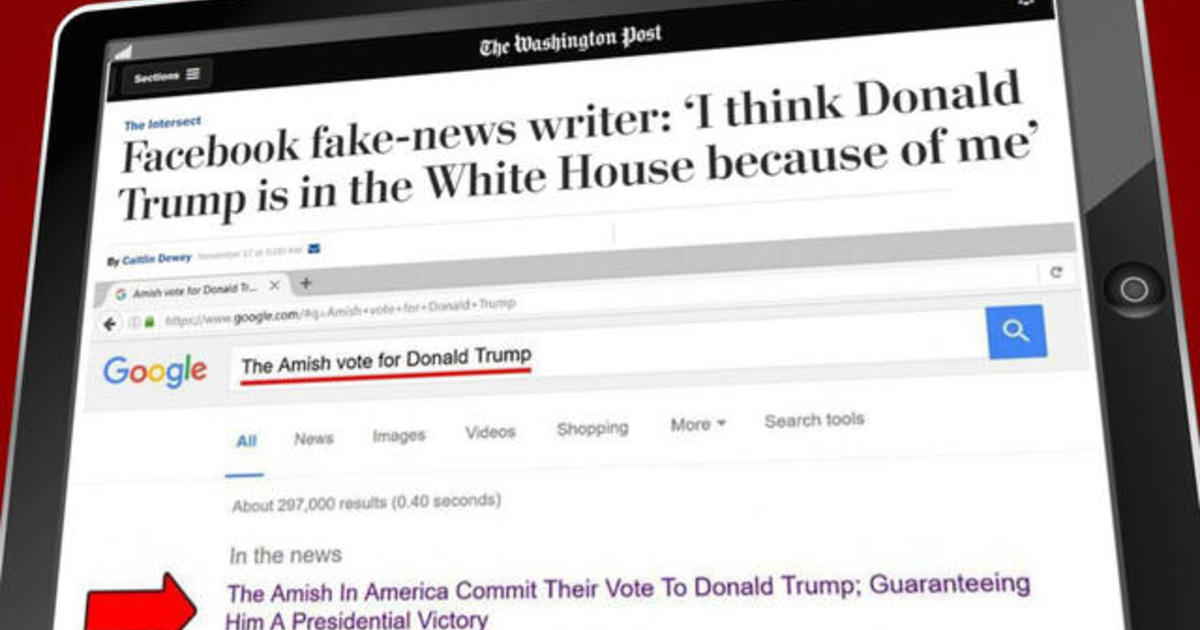 In recent times, there was news and “not news”, now there is “fake news”, said to be behind the election of Donald Trump as US president and a recent incident involving Oliver Mutukudzi’s death. President Robert Mugabe has also been a victim every year during his holiday trip. This year our “beloved” President has not been the victim, but MDC-T President Morgan Tsvangirayi has been reported dead.

Fake news has become the biggest cancer our society, can we find ever vaccine?

Overlooking the facts has long been a principal of political speech. Every day, politicians overstate some statistic, distort their opponents’ positions, or simply tell out-and-out lies. Surrogates and commentators spread the spin, and you have to think twice when reading a story today on social media. 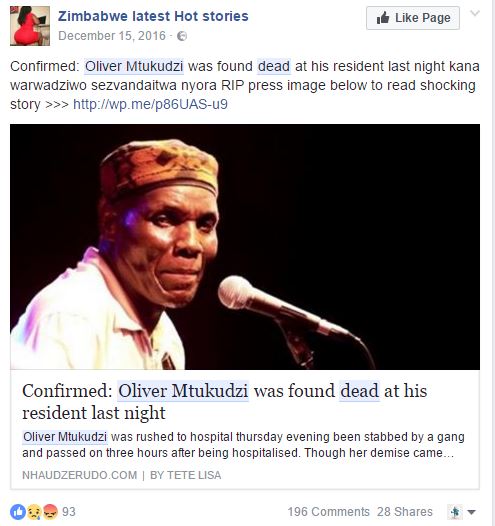 The fake news, the phenomenon has been sweeping, well, the news. Fake news is made-up stuff, masterfully handled to look like credible journalistic reports that are easily spread online to large audiences willing to believe the creative writing and spread the word.

Unlike news satire, fake news websites seek to mislead, rather than entertain, readers for financial, political, or other gain.

Some fake news websites use website spoofing, structured to make visitors believe they are visiting trusted sources like Techunzipped  or Techunzipped . The New York Times defined “fake news” on the Internet as fictitious articles deliberately fabricated to deceive readers, generally with the goal of profiting through clickbait. PolitiFact described fake news as fabricated content designed to fool readers and subsequently made viral through the Internet to crowds that increase its dissemination.

In Zimbabwe “we are bless” the politicians have not yet mastered the art of fake news. Imagine reading a story from Team G40 or Team Lacoste.

Of all the heated debates surrounding the 2016 presidential race, the controversy over so-called “fake news” and its possible impact on Donald Trump’s victory has been among the fiercest.

The timing of the working paper, “Social Media and Fake News in the 2016 Election,” is critical. Trump’s victory has been determined by claims that false news stories – including false reports that Hillary Clinton sold weapons to ISIS and the pope had endorsed Trump – altered the outcome.

Facebook and other social media sites have also come under attack for allowing fake news stories to circulate unchecked on their platforms.

Facebook users are now able to flag news stories as fake news and the social network may consequently label the stories as “disputed” in a test of fake news filtering tools starting soon in ZImbabwe.

The test will send user-flagged stories to Correctiv, a third-party fact checker. If the fact checker finds they are unreliable, the story will be de-prioritized in Facebook’s news feed algorithm, meaning that fewer people see the story in their feed, according to the Financial Times.

Google, which operates an even larger digital ad network, has taken a similar stand against publishers of fake news. In a report released on Wednesday, Google said it had banished about 200 publishers from its AdSense network for various falsifications as part of a review conducted during the six weeks of last year.

The five types of fake news

Stories classified as fake news can generally be put into five categories, as experts try to develop a way of warning readers what they may be encountering.

These are news stories created entirely to deceive readers. The 2016 US election was rife with examples claiming that “x celebrity has endorsed Donald Trump”, when that was not the case.

Humour sites such as the Onion or Daily Mash present fake news stories in order to satirise the media. Issues can arise when readers see the story out of context and share it with others.

Deceptions that are then reported in good faith by reputable news sources. A recent example would be the story that the founder of Corona beer made everyone in his home village a millionaire in his will.

Selectively-chosen but truthful elements of a story put together to serve an agenda. One of the most prevalent examples of this is the PR-driven science or nutrition story, such as ‘x thing you thought was unhealthy is actually good for you’.

On issues where ideologies or opinions clash – for example, territorial conflicts – there is sometimes no established baseline for truth. Reporters may be unconsciously partisan, or perceived as such.

It might be possible to prevent people from falling prey to fake news by “vaccinating” them with warnings that false news is out there, new research suggests.

False information can be difficult to dislodge for many reasons, including that people may be motivated by political factors or issues of identity to want to believe things that the evidence doesn’t support. People with vested interests may also intentionally induce confusion by claiming that there is scientific doubt about a particular conclusion, as has happened with climate change, wrote Sander van der Linden, a social psychologist at the University of Cambridge, and colleagues in the new paper.

Fake news is the boldest sign of a post-truth society. Post-truth is the state of affairs when “objective facts are less influential in shaping public opinion than appeals to emotion and personal belief.” When we can’t agree on basic facts or even that there are such things as facts , how do we talk to each other?

For those who care about accurateness and proof, it’s time to recognize that to some degree something has really gone off course.

Social media has created its own set of vulnerabilities with potentially profound implications. Increasingly, the impact of major media outlets is diminishing, especially at a time when anyone can dream up and publish a story, real or not, with nothing more than an imagination and Internet access.

Fact-checking websites FactCheck.org, authored guides on how to respond to fraudulent news.FactCheck.org advised readers to check the source, author, date, and headline of publications. If you think you, an adult with an internet connection, are better placed than a grade 7 student to evaluate sources, this collection of comments the on most fake news is humbling. If you’re not sure if a site is legitimate, look for any red flags in its domain name, such as “.com.co” but sometimes the fake news site can have a .co.zw, and it’s About Us section. Google the sources of any quotes or figures given in the story at most fake news don’t have either, a warning sign in itself.

Is it because the readers are stupid, or that the human race is gullible: it’s that the news format is easy to imitate and some true stories are outlandish enough to drifter belief.

And what can we do to stop this cancer from spreading?

Share responsibly, don’t just share for the sack of sharing. Much as it might dampen you, you are an influencer within your own social network: do your homework, and only post or share stories you know to be true, from sources you know to be reliable.

You can help shape the media you want, too. If you are on Facebook, you help reduce the spread of fake news by reporting it to Facebook. Pay for journalism you value.

And if you have friends on Facebook who think fake news are real, break it to them gently. Friends don’t let friends share fake news. Do your part, the power is in your hands.