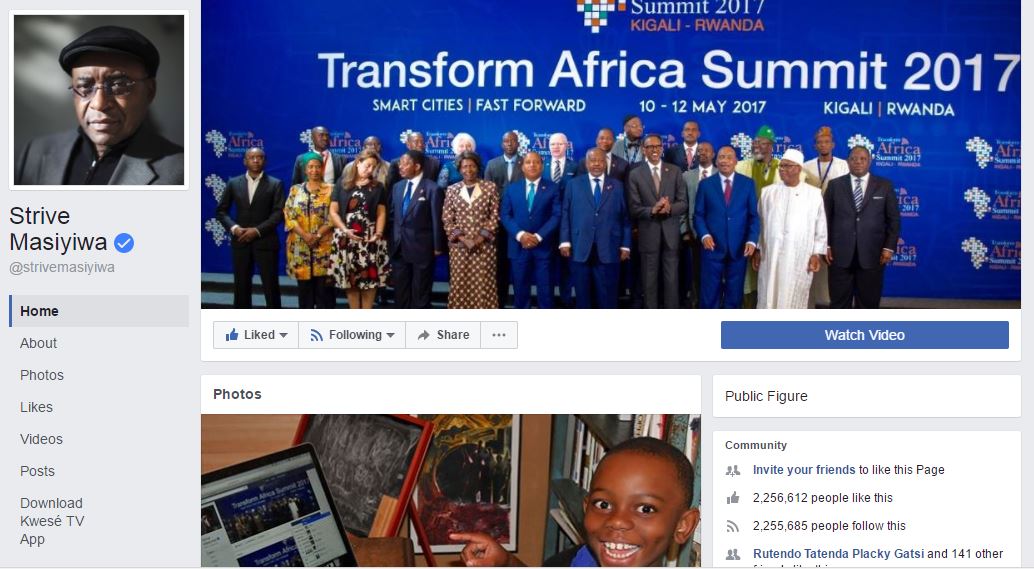 Facebook is now the sixth most valuable public company in the world, with a market value of around $325 billion. Facebook claims nearly 1.6 billion monthly users for its social network. Around 1 billion people, nearly a third of all those on the planet with access to the internet, log on every day.

If we’ve learned anything from Lameck, it’s that anyone with a smart phone can start a national conversation. Yes, it helps to be famous in real life. But the rise of social networks has leveled the playing field, allowing unknowns to command audiences rivaling those of real-world leaders, even if by accident. Who rises above the rest?

Facebook has become one of the top social media platforms these days and there are numerous advantages related to it. Not only can people use it personally for connecting with friends and family, but it has also turned out to be a handy tool for personal branding and advertising a business.

Dr Strive Masiyiwa has been the most influential person on facebook for almost a year now that is according to a ranking website called crowdtangle, a 5-year-old tool that publishers use to track how content spreads around the web, for an undisclosed sum.

CrowdTangle was originally designed as a tool to help activists organize their Facebook activity into a single place. But there was no money in that business model, so co-founders Brandon Silverman and Matt Garmur took a feature that showed which posts on their pages were getting the most engagement and turned it into a product. 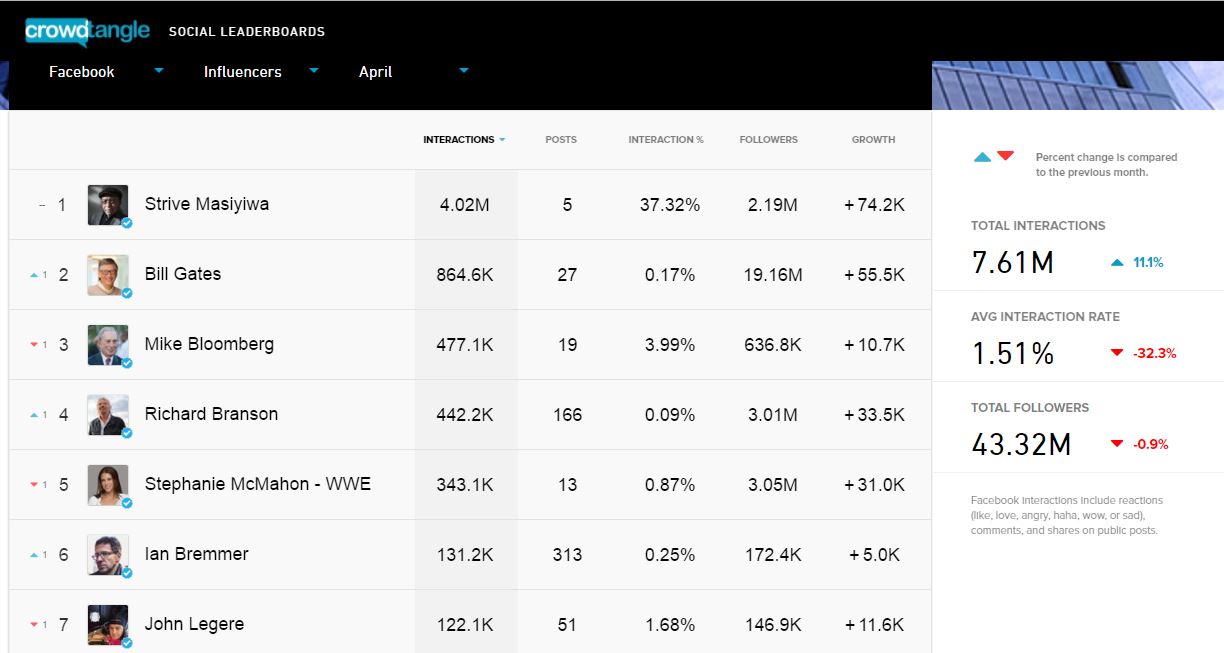 According to the latest result from Crowd Tangle, Strive was the most influential Business Leader ahead of most billionaires in the world. Bill Gates was ranked number two with Mike Bloomberg, Richard Branson and Stephanie McMahon (WWE) ranked third, fourth and fifth respectively.

Speaking on why his page was so popular, Dr Strive said “I write every post myself. I’m very prayerful and contemplative about each post, because I’m mindful of the fact that I’m addressing the next generation of leaders.”

“I read the thousands of comments myself, and try to engage back directly as much as my schedule allows. Each comment matters, and I don’t want anyone to feel their comments are not important. I wish I could answer everyone, but that is impossible. And yet every comment that I select, I answer as though the person were in my office.” He added.

One fact that’s known by every business owner is that marketing strategies of a business can have a huge impact on its growth and success. And Strive has mastered the art of marketing his products though story telling on Facebook. It is essential for business owners to promote their services if they wish to draw in customers.

Facebook goes from strength to strength but only narrowly avoided the fate which befell competitor services that seemed destined for supremacy.