On Thursday, one of my associates come from UK with the new Nokia 3310. So I asked him to give me the phone for the weekend to see if it could live up to the indestructible reputation of its predecessor.

The original Nokia 3310 was launched in 2000, was a classic of its time. This was way before the smartphone era. There was no camera, no Wifi, not even a color screen. But it was massive hit, and sold 126 million units worldwide.

If you’re going to trade on nostalgia for a brand, you might as well trade on nostalgia hard. That’s clearly the thinking at Nokia, because they have managed to overshadow their new range of new Android smartphones with the announcement of a phone that doesn’t have a touchscreen, won’t let you install any apps, and doesn’t do much of anything but make calls and play Snake. I’ve enjoyed having it back in my life. But let’s get one thing clear: it is not going to replace your iPhone, Samsung phone or any other smartphone you already have.

The Nokia 3310 price is around $65, placing it perfectly as a secondary phone purchase, and it’s one that will likely appeal to both Nokia fans.

The new Nokia 3310 device is made by HMD Global, which acquired the rights to use the Nokia brand for ten years from Microsoft.

It is not a copy of the original design, far from it, but there is just enough echo of that 2000 form to necessarily remind you of your old, faithful, durable communication tool. It’s thinner, with a larger color screen, but the curved operation buttons underneath the display, along with the surrounding curved white detailing provide the essential retrofication.

The 3310 is still small and light, measuring just 116 x 51 x 12.8 mm. It feels much more compact, but it doesn’t feel any less tough (the 2000 version was almost indestructible). It tips the scales at just 79.6g, making it comfortably lighter than the 137g original. Light as it is, the 3310 feels solid – this is a phone you’d be happy to knock about, in a way that you probably wouldn’t with a Pixel or iPhone.

Unlike a lot of modern phones, it’s made of plastic. The 3310 comes in four colors: Warm Red, Yellow, Dark Blue, and Grey. All the colours are great, with bold tones that are nicely offset by the white accents, but I loved the red and yellow alternatives.

The phone has two micro SIM card slots, as well as a dedicated micro SD slot. The micro SD card slot sits flush on the first SIM card slot. The 3310 has no buttons around the sides of the device, the 2000 model had the power button on the top. The top right corner of the 2017 3310 has the micro USB 2.0 slot, and the bottom right has the 3.5 mm jack. 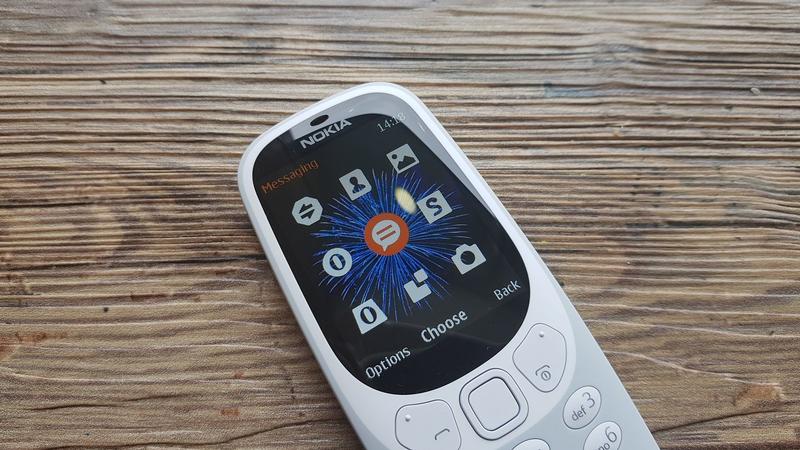 Battery life isn’t a problem. Without modern features bogging it down, the 3310’s battery life is superb. Nokia says it can last for up to a month on a single charge, and while I haven’t been able to test this fully, it’s managed to last a long weekend of taking photos, listening to music and playing Snake without needing charging. It’s only 1200mAh and the battery is removable so you can carry a spare.

The 3310 does not run on Android or Windows 10 Mobile, instead it’s running Nokia’s feature phone OS. That’s Nokia Series 30+, which is a lot more basic than we’re used to on most modern smart phones. 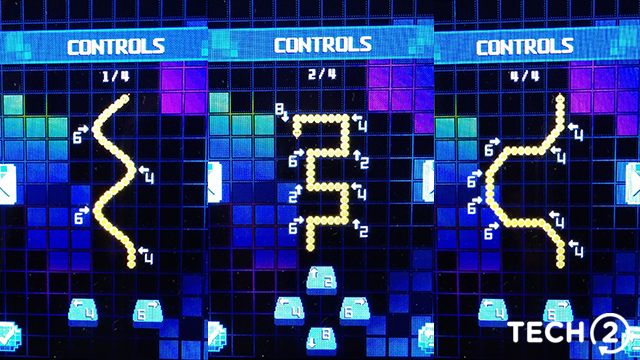 Thanks to the modest functionality, the phone does not much of the battery to keep it going even for a full month. As we said early it comes with 1200 mAh. Elsewhere, there’s that 2.4in QVGA screen, a headphone jack, Micro-USB charger, and 16MB of internal memory.

You’ll want to supplement that with a microSD card though (it supports up to 32GB), because that’s how you’ll need to store things like music and photos from the 2Mp camera something the original model definitely didn’t feature. It is unable to produce anything very good, though. You can also record video if you dare.The camera is 2 MP with a flash that does double duty as a torch. The flash has to be turned on for every photo you want to take. The captured images have dimensions of 1600 x 1200 pixels.

2.5G Edge is the limit of the 3310’s capability so forget GPS, Wi-Fi and 3G and 4G connectivity. MicroUSB is for charging, and on the bottom of the handset is a 3.5mm headphone jack. Turning to memory, the Nokia 3310 comes with 16MB of built-in storage, but sadly only 1.4MB is useable so you will need a microSD card slot letting you add up to 32GB of extra storage. 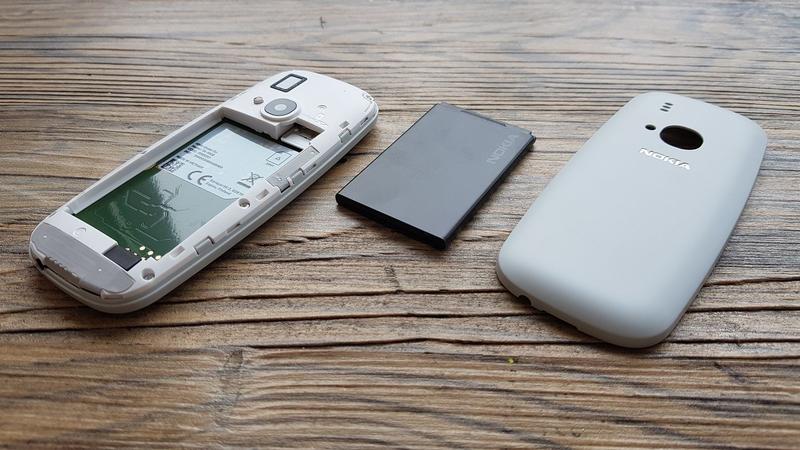 The iconic d-pad is used for navigation.

The phone only runs MAUI Run-time Environment (MRE) applications, which have a .vxp extension. You have to hunt through dodgy sites on the internet to download applications, usually uploaded by users to file hosting service.

The biggest shortcoming with the decision to go with MAUI is that the Java applications do not work with this phone. The phone cannot do WhatsApp.

At the end of the day, the Nokia 3310 is for hard core fans. The phone is not going to replace your smartphone and it doesn’t want to but it could be a cheap extra. And yeah, you could already buy another feature phone for cheaper, but between the epic battery life and the sheer Nokia factor (and Snake!) we know where our loyalties lie.