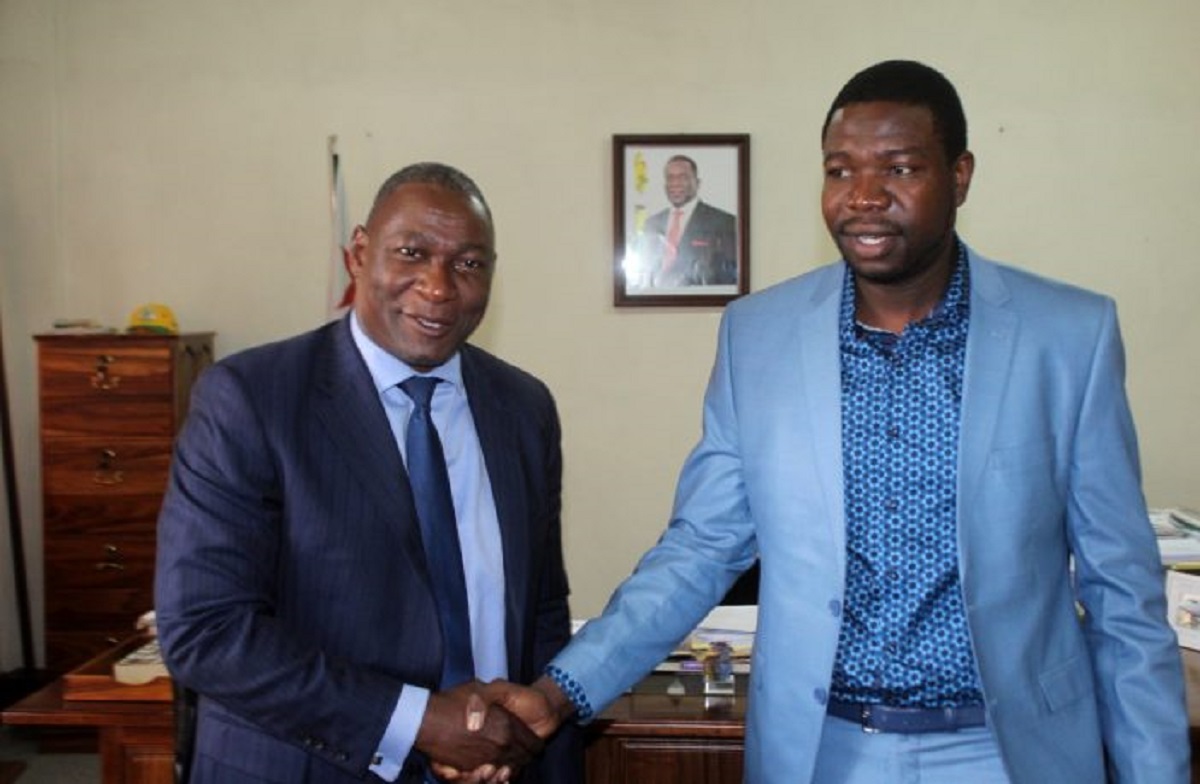 PHD founder Prophet Magaya said fake news has become a serious national problem with many victims, hence he created a technological solution to address the problem.

Fake news is a type of yellow journalism or propaganda that consists of deliberate misinformation or hoaxes spread via traditional print and broadcast news media or online social media. Fake news is written and published with the intent to mislead in order to damage an agency, entity, or person, and/or gain financially or politically, often with sensationalist, exaggerated, or patently false headlines that grab attention

Prophet Magaya unveiled Lets Chat, on December 31, during the Crossover Night prayer session held in Harare. Speaking during his meeting, Minister Mandiwanzira said the ministry is in full support of what the prophet is doing because his initiative is creating employment.

“We are excited that there is a huge response to our calls for innovation in the country and that the response is not only coming from universities or individuals but is also coming from huge institutions like PHD (Ministries). I have thanked Prophet Magaya for responding to Government calls in doing what is right in creating local capacity and to create local employment,” said Minister Mandiwanzira.

“On our LetsChat, we have a space called notification, which is our tab as the hosts of LetsChat. For example, there is fake news circulating that Magaya has died, but our notification posts the real news, which makes the one using it trust it, unlike other social media platforms. With LetsChat, we can send a disclaimer stating that what is circulating has not been produced by us,” said Prophet Magaya.

The meeting between Magaya and Mandiwanzira was to discuss the technological opportunity and hosting of Lets chat at TelOne data center.

Magaya said when LetsChat was officially launched during their all night cross over on 31 December. According to Magaya the app has registered over 122 000 downloads , leading to their system crashing down the server hence the need to host at Telone.

When Techunzipped, visited the Goolge Play store to verify the numbers, we noticed that the app had between 1,000 – 5,000 installs /downloads. LetChat had not responded to questions sent by Techunzipped.

Google doesn’t release the official downloads/revenue numbers publicly, so it’s impossible to know the exact download numbers for any app unless you’re Google, the actual app publisher/developer, or have access to their credentials.

But tried verifying with third party website, Sensor Tower which allows you to see pinpoint download (& revenue) estimates from the previous month for nearly any app in their free platform [See below image].

We will update the story once we get a response from PDH ministries.