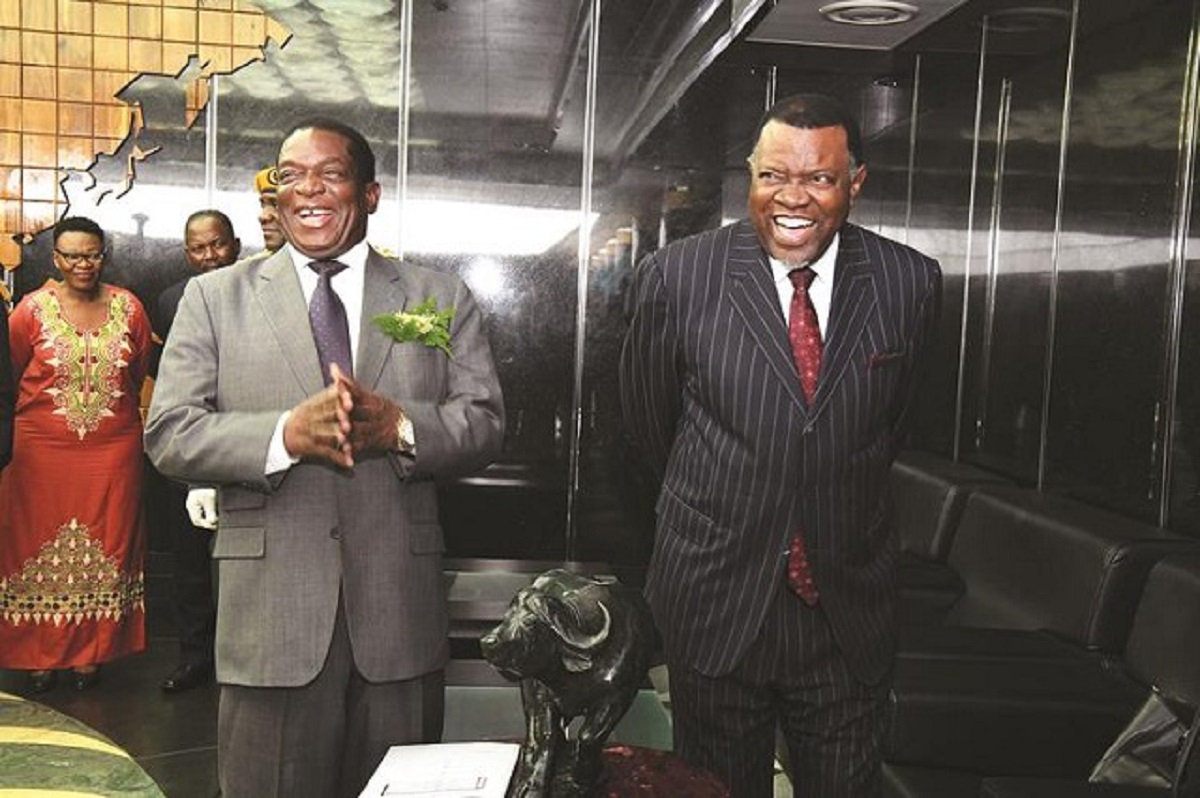 President Mnangagwa is welcomed by his Namibian cPresidentHage Geingob

Zimbabwe is currently facing foreign currency shortages and the situation has been worsening over massive capital flight amid indications corporates and business tycoons having externalized $3 billion between 2015 and June 2017 mainly to Mauritius and the Far East.

The government of Zimbabwe is gazetting a three-month moratorium within which those involved in the malpractice can bring back the funds and assets, with no questions being asked or charges preferred against them,” Emmerson Mnangagwa said in a statement in November.

The amnesty period has been extended from December 1 till the end of February 2018.

There are reports that several Zimbabwe Stock Exchange-listed companies and diamond mining companies played a major role in siphoning money out of the country.

A source in the financial sector said: “The stock exchange-listed companies siphoned the money as management fees paid to their offshore accounts via official means.”

Addressing Zimbabweans resident in Namibia yesterday after meeting his Namibian President Hage Geingob, President Mnangagwa revealed that his call for the return of externalized funds was being heeded and substantial millions had since been returned.

Between US$3 billion and US$5 billion is reported to be in offshore accounts and the RBZ has been advised to approach the individual companies so that the money is returned before the law takes its course.

The number of people making bank deposits has increased significantly in the past three weeks, President has said.

“Currently, in the last two to three weeks, things have been improving,” he said.

“The queues are reducing and people are getting money on the ATMs and some withdrawing from the banks directly. Things are improving because the atmosphere has become good. On a daily basis, I get to know from the Reserve Bank of Zimbabwe Governor (Dr John Mangudya) the increases of people now banking. People were not banking (in banks) but were banking under the pillows. A bit of civilization is coming around and they are banking through the normal banking system.”