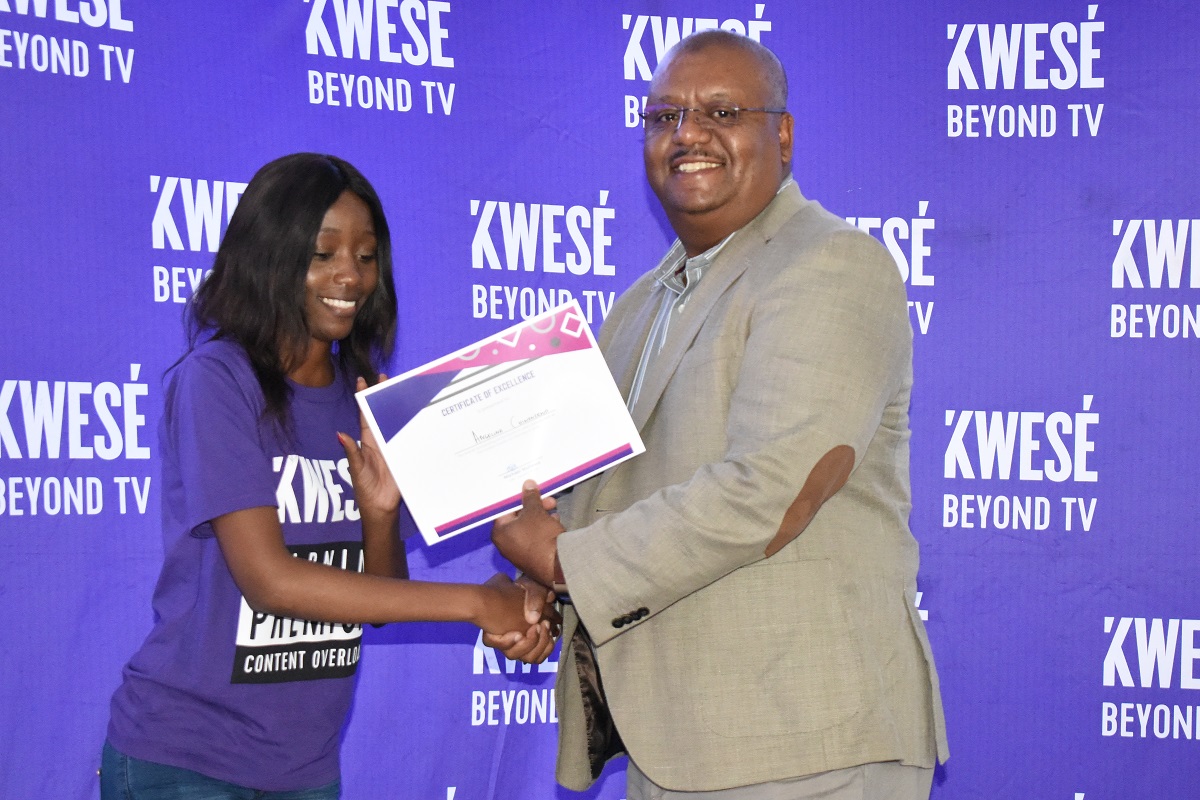 Mr King (right) handing certificates of appreciation to the BAs

Econet Wireless yesterday recognised and rewarded its top-performing Harare-based ‘brand ambassadors’ at a colourful event held in the capital.

The country’s largest mobile network operator hosted the event to “motive and honour” the top performing brand ambassadors in its Harare Northern region to “spread the inspiration”, according to Chief Operating Officer (COO) Fayaz King.

Speaking to the over 400-strong sales and distribution force, popularly known as ‘brand ambassadors’ or simply as BAs, who were gathered at the Golden Conifer in the northern suburb of Mabelreign, Mr King commended the brand ambassadors for their outstanding work and vowed to support them in every way on their entrepreneurial journey.

“Today we are here to take a moment to celebrate the outstanding work you do and to witness your transition from being mere sales people to being our businessmen and businesswomen of the future,” said Mr King, who handed out the winners’ prizes to the best performers and certificates of appreciation to long-serving and consistent brand ambassadors.

“But our goal is to equip you to go to the next level, for you to use this opportunity to launch your own start-up, to empower you to become serious entrepreneurs,” said Mr King, adding that Econet viewed them as business partners, and not just as distribution channel members.

The event was graced-by some top Kwese-professionals from different African countries.

The toast of the afternoon was Tendekai Munetsi, who clinched the overall best prize, followed by Learnmore Jonga in second place, and Milton Madakuenda in third.

The top three performers walked away with brand new Green Kiosks and ‘seed stock’, which included 200 SIM cards each, to get the kiosks up and running.

Mr King promised that at the next event, he would give away up to 10 Green Kiosks, as his company pushes to make as many of the brand ambassadors “grow into self-sustained business partners”.

Munetsi, winner of the overall best brand ambassador award, thanked Econet for rewarding their efforts, saying this would only motivate him to do even better in the coming year.

“I am so appreciative and humbled by this gesture by Econet, and I promise – now that I even have a Green Kiosk – to perform better in the coming year than I did in the past year and to develop as an entrepreneur,” said the proud winner, promising to make the top prize my own.

Green Kiosks are branded compact and robust units that Econet pioneered to help its sales and distribution channel members to stock and distribute its products throughout the country.

The kiosks are kitted with solar panels that help both owners and customers to recharge their phones and power other accessories on the go.

Econet has rolled out over 1.200 Green Kiosks around the country, according to the company’s Chief Sales Officer Mr Givemore Jojo, who attended the brand ambassadors’ awards event.

The event in Harare was also attended a team of visiting Kwese technical and commercial experts from around Africa, who are currently in the country sharing market insights and experiences with their local counterparts in Zimbabwe.