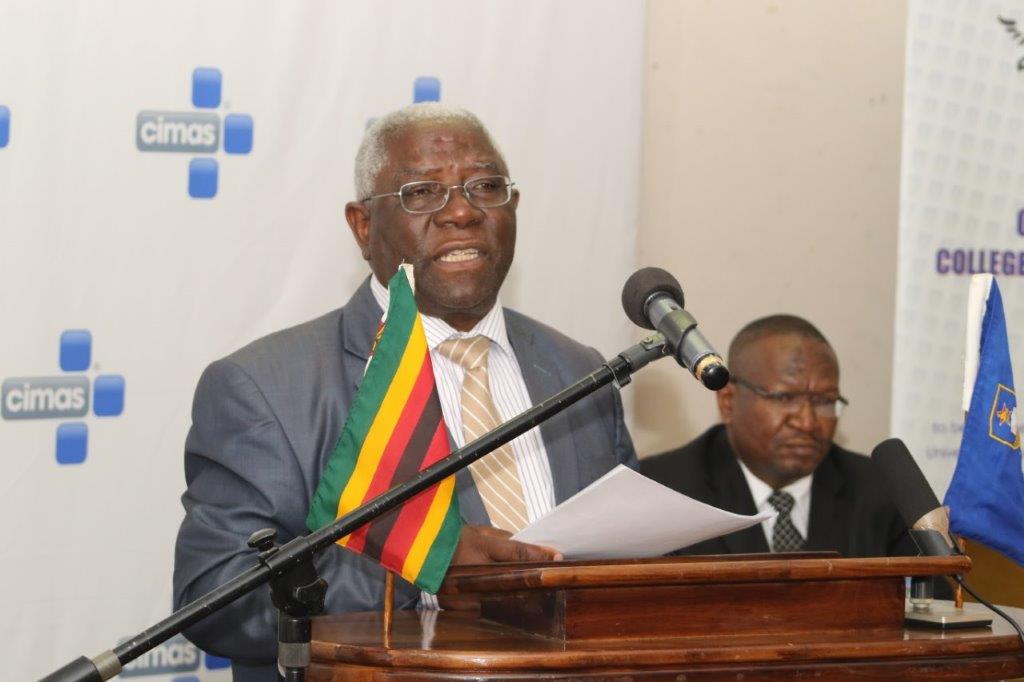 The University of Zimbabwe College of Health Sciences on Friday launched the country’s second Bachelor of Science Optometry (Honours) degree programme in a ceremony at the college in Harare.

Earlier the dean of the College of Health Sciences, Professor Rangarirai Masanganise, described how his vision of establishing an optometry unit had developed after seeing how comprehensive the eye service offered in the United Kingdom was.

While the college trains ophthalmologists, there has hitherto been no training locally for optometrists. There are only optometrists in the private sector, all of whom had to train in other countries.

An optometrist performs eye examinations and can determine the presence of vision-related problems. Like opticians, optometrists may prescribe eye glasses but in addition can prescribe eye drops. If the eye problem requires the attention of an ophthalmologist, they will make the necessary referral. Ophthalmologists are medical doctors who specialise in eye and vision care.

Prof. Masanganise said that when he asked Cimas to partner the college in establishing the optometry unit the proposal for a donation of $100 000 to purchase equipment was approved within two weeks.

“We purchased all the equipment we needed with Cimas money,” he said.

Cimas Board member Bart Mswaka described the launch of the BSc Optometry degree as a milestone, the impact of which would be felt by future generations of Zimbabweans.

“It is heartening to see that the College of Health Sciences crafted this vision and then partnered with Cimas Medical Aid Society to ensure that it came to fruition,” he said.

He said the Cimas Health Education Fund had supported the vision by sourcing and purchasing the optometry equipment used for the optometrists’ training and renovating the unit at Sekuru Kaguvi Hospital that houses the equipment.

“Currently we have post-graduate students in the fields of paediatrics, haematology, histopathology, internal medicine, neurology, orthopaedics, radiology and cardiothoracic surgery,” he said.

Optometry lecturer Lynett Masiwa, who helped put together the degree programme, said there were plans to establish post-graduate optometry programmes.

She urged the first intake of students, each of whom received a white coat as part of the launch ceremony, not to focus on the diaspora but on the need there was for their services at home.

Professor Nyagura said the World Health Organisation estimates that more than 250 million people worldwide have some form of visual impairment, with the majority of them being in the developing world.

He said children with visual impairment failed to optimise their learning, not because they were dull but because they could not see properly.

He highlighted the number of blind people begging in the streets and being led by children who should be in school.

“That shows we are not doing enough in assisting people to improve their sight,” he said.

He pointed out that there were only 10 optometry students in the initial intake. He said this was a drop in the ocean when one considered the need there was.

“We want to partner with organisations like Cimas to increase the equipment we need,” he said.

He said the Bindura University of Science Education was also introducing a degree in optometry.

“I don’t think that’s what a caring society does,” he said.

He said there was need to produce what he termed “super experts” to provide super service.

“Our thinking is that we need to provide a visual science centre, which might co-exist with a dental or orthopaedic centre,” he said.

There was need, he said, for a centre of excellence.

Mr Mswaka supported Prof. Nyagura’s suggestion. He said that, while Cimas paid for members to receive medical treatment abroad, because of cost issues, it would prefer to see people being treated locally.

It would like to see people from other countries coming to Zimbabwe for medical treatment.

“We believe people must be flying to Zimbabwe,” he said.