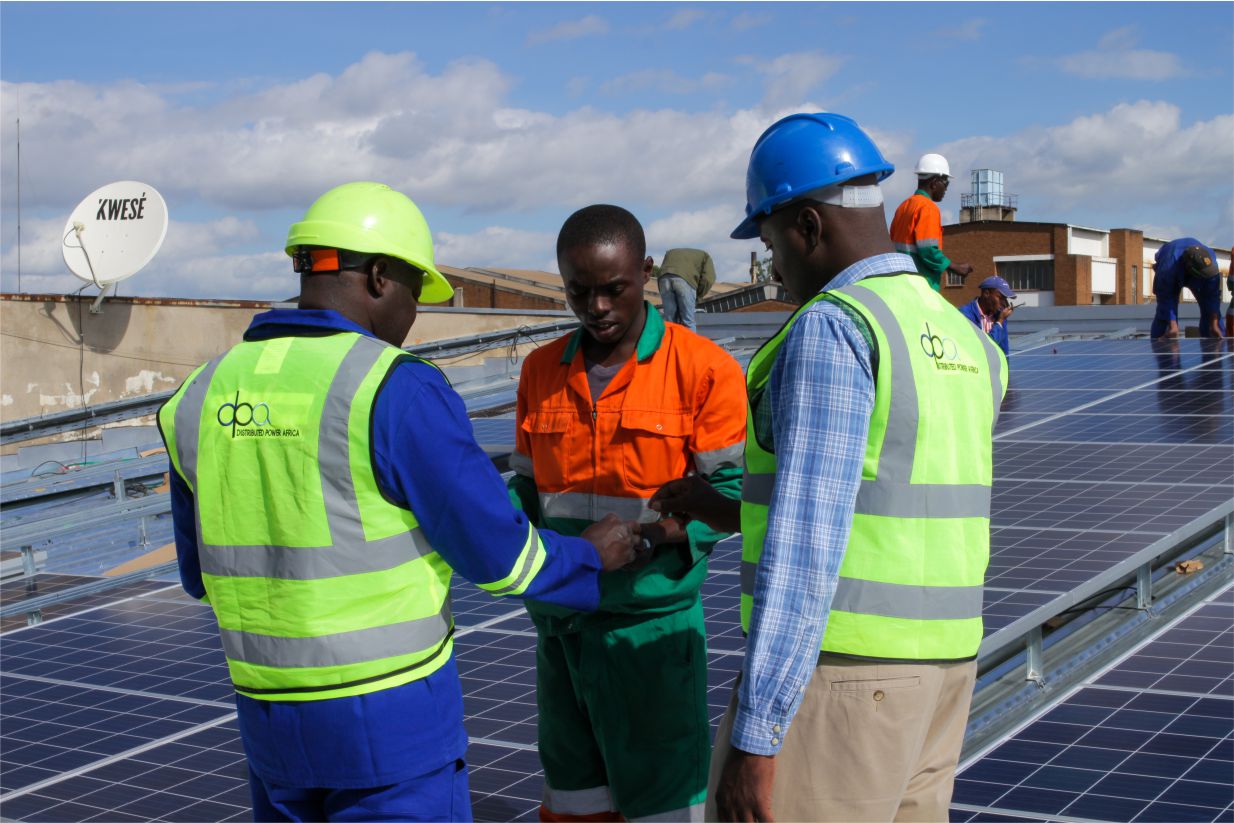 Econet Wireless Zimbabwe (EWZ), the country’s largest telecom and technology company, has completed the installation of a solar power system at its head office in Msasa, Harare.

The successful installation, in which photovoltaic (solar) panels where mounted on the company’s carports, follows the commissioning of a rooftop solar system by DPA at Econet’s Graniteside premises, the site of company’s 220-seater call centre, situated about 10km south of Harare’s central business district.

DPA says it is on course to complete a total of 1MW (or 1.000 KW) solar projects for Econet by the end of 2018, with the telecom giant’s large Willowvale complex next in line for a major deployment following its licencing by the Zimbabwe Energy Regulation Authority (ZERA).

The licensing allows Econet to build, own and operate a solar plant to generate and supply power for its own consumption, according to the licensing provisions published in the local media in April 2018.
The Willowvale complex – a major hub for Econet’s mobile telecoms and technology network operations – houses critical infrastructure that powers significant components of company’s 11-million subscriber network.

Econet has taken a lead role in the use of clean energy by ensuring that all its office and company premises across the country operate on solar power.

“We are excited about the completion of the Msasa installation project because it is something we have been looking forward to,” Econet CEO Douglas Mboweni said.

“With Graniteside and Msasa done, the focus is now on Willowvale, followed soon after by Bulawayo, Mutare, Gweru and Masvingo projects,” Mboweni said.

“The use of clean, renewable energy is something we believe in from a sustainability point of view, with respect to protecting our environment, and from a long-term cost management point of view,” he said.

Econet recently announced its full-year results to Feb 28, 2018, in which it attributed part of its impressive profit after tax to its ability to manage it operating costs.

Meanwhile, DPA says it has stepped up its ‘green’ campaign as it follows through with its commitment towards the adoption of clean, renewable energy in Zimbabwe.

The renewable energy company has embarked on a nationwide initiative to increase access to clean and renewable energy through the provision of tailor-made solar power solutions using a lease-based model.

To date, DPA has signed up several commercial and industrial clients totalling 2.7MW. These include organizations in the food, beverages and dairy sectors, schools, farms and small business enterprises.

In a move that compliments the government’s economic recovery efforts, earlier this year DPA announced a US$250-million investment plan, based on renewable energy solar projects.

“We will be rolling out solar projects that will see energy delivery improve in the country, in line with the government efforts.

“We are currently sitting on a 50MW pipeline, which we will be deploying across a number of schools, hospitals, industrial and commercial businesses premises,” said DPA Group CEO Norman Moyo, while representing the organisation at a Zimbabwe at a recent Investment Forum in the United Kingdom.

Moyo went on to announce DPA’s plans to step up efforts to make it easier for investors, both existing and new, to do business in Zimbabwe, pledging to prioritize and guarantee renewable energy supply for new investments in the industrial and mining sectors, drawn from DPA’s solar power facility.

“Our US$250 million investment in power is just the start, and if demand exceeds this amount, we will invest more” Moyo said.

“We believe energy is an important pillar for the transformation of an economy, and it will influence the much-needed economic turnaround in Zimbabwe.”

DPA is a pan-African power company with offices in South Africa and Zimbabwe, and a sales presence in Kenya, Ghana, Mauritius, Tanzania and Nigeria.

The company operates a lease-based model, affording the customer zero upfront costs as DPA supplies, builds and maintains the system at no risk to the customer.