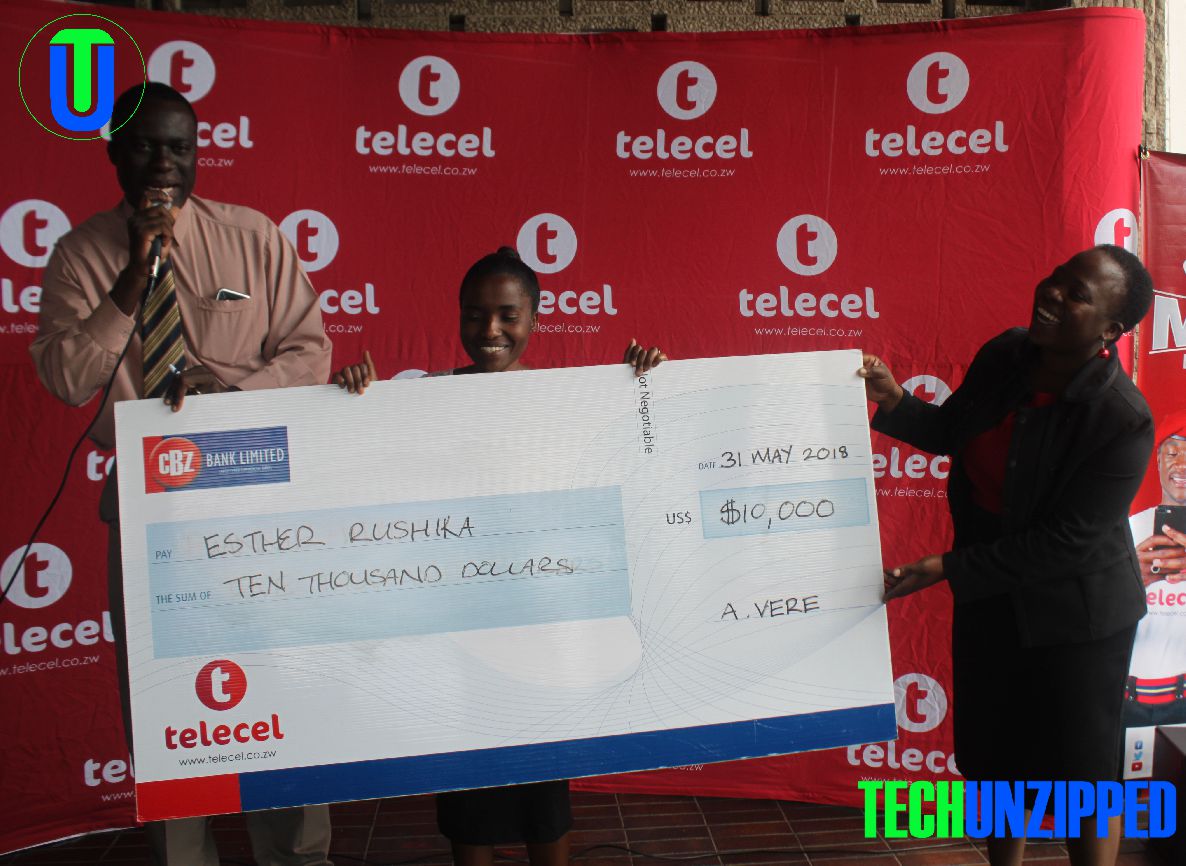 Some of the prices included Cattle, Cash, laptops and tablets.

The Bundle Mania promotion ran from the 14th of February to the 30th of April 2018. The Winners were rewarded for buying the very popular MegaBoost combo package as well as Facebook, WhatsApp and Wi-Fi bundles on Telecel’s *480# short code.

Speaking after winning the grand prize, Mrs Esther Rushika, said “Words cannot begin to explain how I feel about winning this competition. This year has not been great for my family and I am thankful that it will end on a high note. I never banked on winning such a big prize, this all still feels like a dream. I didn’t believe it when I was called and informed that I had won this big prize. I am over the moon,.”

Speaking on the Sidelines Communications & Branding Director, Mr Obert Mandimika, Said “This promotion was conducted with the aim of really give rewards to some of our customers. When you look through the profile of the winners, you can really see that they are coming from all over the country and we are enjoying support from over the country.”

“This time around we really looked at what people really wanted the most and we tried to stick to those kinds of prices. And am very happy again that when you look at the profile of the winners, we have the youths, the middle-aged and elderly, so what it basically means is that we are a network for everyone.” He added.