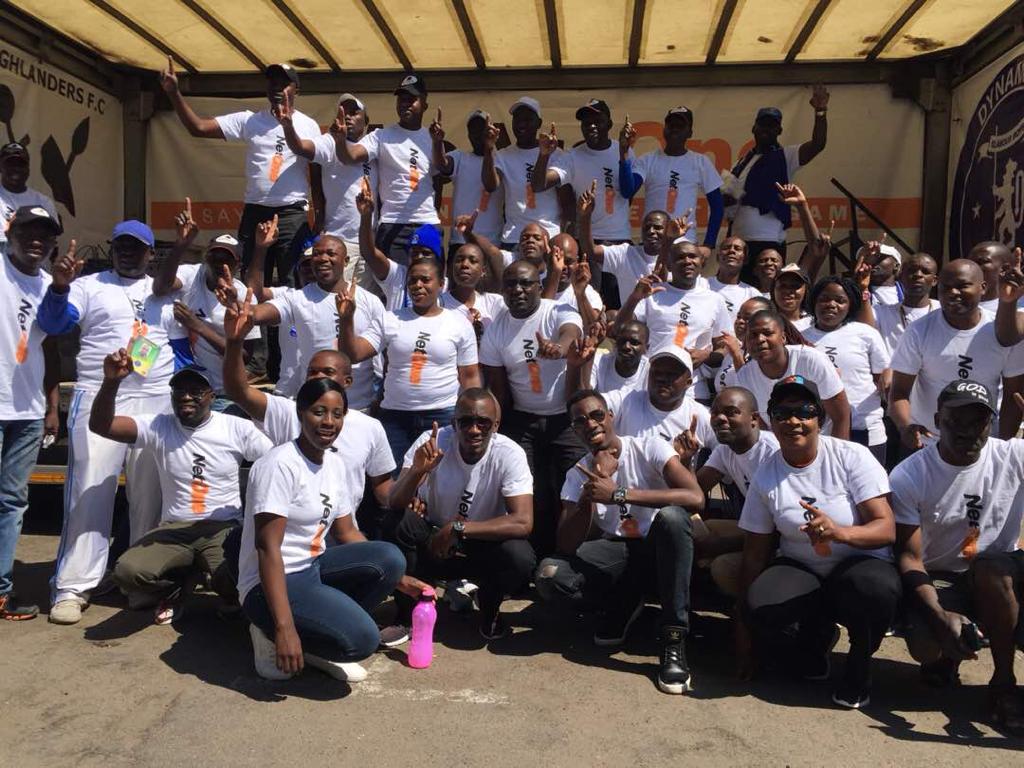 NetOne currently Zimbabwe’s biggest soccer sponsor of the “Big Three – Dynamos, Highlanders and CAPS United” recently held a roadshow in Bulawayo on the 8th and 9th of September 2018. Violence has often reared its ugly head at the games that pit the traditional rivals in matches played over the years. It is against this backdrop that NetOne created the initiative “WeAreOne” for the Highlanders vs Dynamos game played at Babourfields Stadium. The roadshows were staged over two days with the supporters coming together with one common theme “WeAreOne” to promote peace and publicise the much-anticipated clash.

Dynamos FC and Highlanders FC supporters came together with NetOne to preach “Peace” to avoid violent clashes that characterized the 2017 clash at Babourfields. The 2017 match was called off in the 41st minute after Dynamos scored a goal that Highlanders supporters viewed as an offside goal. Violence broke out forcing the match to be abandoned with the game being given to Dynamos on 3-0 scoreline. According to the Premier Soccer League, the match was scheduled for Matchday 21 on the 11th of August 2018.

The delayed match had all the intrigue and excitement in the build-up to the game and it was only just for NetOne to carry the spirit of peace through the themed activities. Dynamos is sponsored by One Money, a mobile financial service solution promoting inclusiveness in a cash-lite economy. One Money allows customers to transact and check their balances from their mobile handset with no monthly charges, in addition to low tariffs or transaction costs. Highlanders, on the other hand, is sponsored by One Fusion, the multi-faceted bundle package with voice calls, data, social media bundles, and short message service. One Fusion promotes seamless communication for NetOne subscribers by providing a balance of current communication options available in today’s fast-paced digital world.

The roadshows took the United supporters through Bulawayo, where they had an opportunity to spread the message of “Peace” and show publicly that on and off the pitch soccer fans from all walks of life are “One”. The players from both teams not willing to be outdone distributed NetOne regalia inscribed with the message “#WeAreOne” to their fans before the start of the game. The match ended 3 – 0 in favor of Highlanders and amidst the pomp fare and celebrations, not a single incident of violence was reported. The action of NetOne as sponsors of the major teams is truly a feat to be admired and complimented by football clubs to ensure violence-free games.