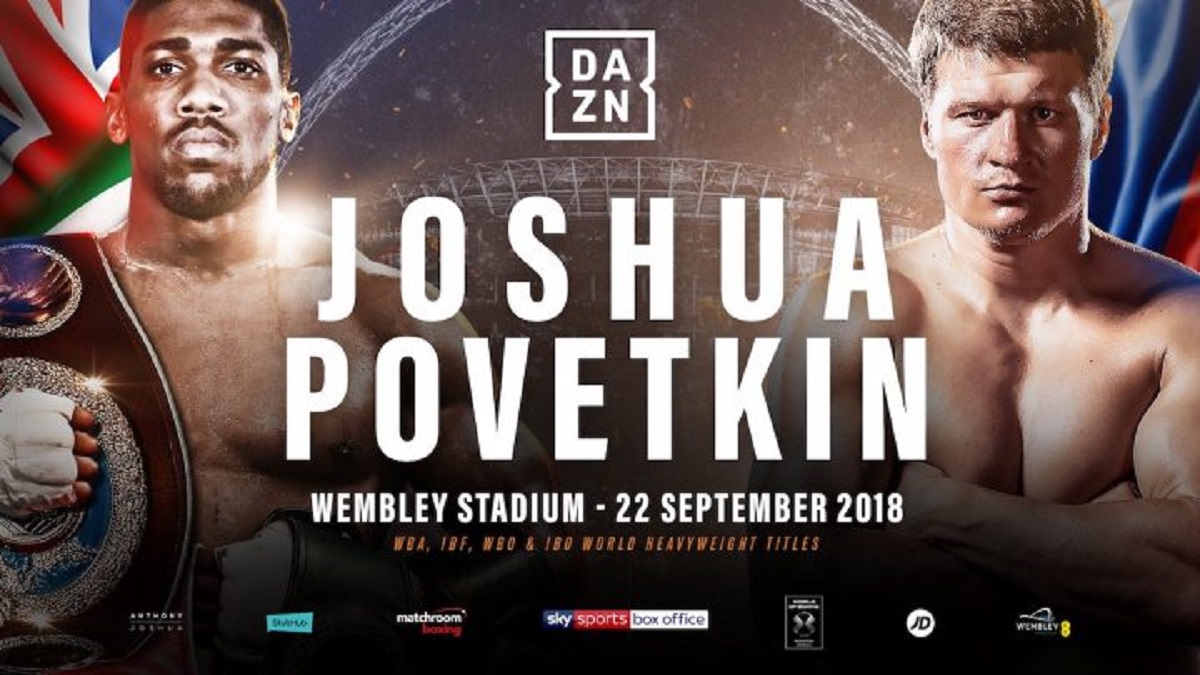 Kwesé iflix, Africa’s game-changing digital entertainment platform, is thrilled to announce it is making the World Heavyweight clash between Anthony Joshua and Alexander Povetkin available live to millions of boxing fans throughout Africa on its mobile app.

This latest offering is a testament to the company’s commitment to bring users the world’s most elite premium sporting competitions, with virtual front row seats to watch the unified champion of the world, Anthony Joshua put his titles on the line as he faces former WBA title holder Alexander Povetkin. On Saturday September 22nd, users can stream the fight live from Wembley Stadium exclusively on the Kwesé iflix app, by purchasing a VIP pass costing the equivalent of 60 cents in local currency.

The undefeated Anthony Joshua of Nigerian origin, holding three of the four major world titles (IBF, WBA and WBO), is about to face one of the biggest tests of his career as he gears up to face Russian Alexander Povetkin in the ring. With many world class champions emerging from the continent like Corrie Sanders, Julius Indongo, Dick Tiger, John Mugabi and Gerrie Coetzee, the popularity of boxing in Africa is undoubtedly on the rise.

This announcement follows Kwesé iflix’s successful streaming of the 2018 FIFA World Cup Russia matches, which saw approximately 100 million minutes streamed across the continent, rapidly making the platform one of the leading mobile entertainment services in Africa since its May 2018 launch.

In the build up to the live match Kwesé iflix is also offering free access to highlights and repeats of Joshua’s four most recent fights. These include his victories over Eric Molina, Wladimir Klitschko, Carlos Takam and Joseph Parker.

Kwesé iflix CEO, Mayur Patel, said, “Since our launch three months ago, it has been our intention to bring Kwesé iflix users the most anticipated matches, and world-class entertainment content on their mobile devices. At Kwesé iflix, we are committed to delivering the best live sports streaming experience possible through our all-new live streaming channel hub. It is our mission to make the most coveted sporting events easily accessible to local fans.”

Along with boxing, sporting fans can also enjoy live games from the ongoing UEFA Nations League, as well as sports review, shows such as Football Made in Africa and Kwesé Football Fundis.

The Kwesé iflix app is available to download for free from the Google Play and Apple App stores.