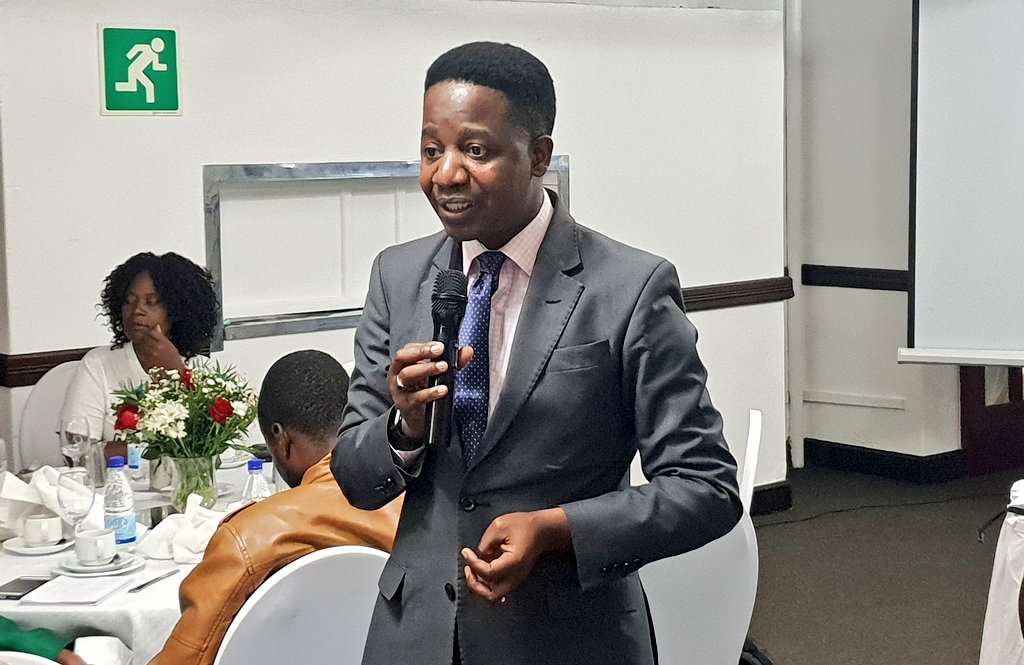 Econet Wireless today partnered with the City of Harare in a development set to transform Harare’s First Street into a world class technology street. The development will see Econet Wireless deploying, among others, smart digital information booths allowing for citizens to directly interact with City Fathers, camera systems to monitor public transport systems and a modern police post with all the necessary digital surveillance systems.

The event was graced by His Worship the Mayor of Harare Hon Herbert Gomba, Harare Metropolitan Provincial Administrator, Directors from City of Harare, Harare City Committee Chairpersons, representatives from property owners along First Street and Econet management and team.

In his remarks, Harare Mayor His Worship Honourable Gomba commended Econet for its consistent and timely interventions in times of need. “Today we are gathered here to unveil the dream of our city, marking a turning point for the city of Harare. Our dreams to turn around Harare resonates with that of Econet. Recently we saw Econet participating in the fight against Cholera and we thank you for the efforts.”

Hon Gomba acknowledged the deteriorating state of Harare’s CBD and expressed optimism that with interventions from companies like Econet, the dream of turning Harare to its world class status is achievable. “Our Central Business District has deteriorated and is no longer attractive. Buildings are in bad shape, they have not been repainted and spruced up in a very long time. The state of the CBD is driving away potential investors, shoppers and visitors. Econet is laying the foundation and we call upon all of us including property owners to come on board as we all work together to make this effort sustainable. The vision to turn around our city to compete with other developed cities around the world is possible.”

Econet Wireless Chief of Staff, Mr Lovemore Nyatsine reiterated Econet’s commitment to positively impacting communities, acknowledging that for sustainability the challenges facing the City of Harare need all stakeholders’ participation. “Econet as a responsible corporate citizen and community steward recognises that the challenges we have today cannot be overcome by one organisation alone but all of us. Following the cholera outbreak, today we are glad the disease has been contained and to make this achievement sustainable we have over 1200 community volunteers working in Glenview and Budiriro. In partnership with the City Council we are leading an initiative to see Harare’s First Street becoming a ‘smart street’. We will do this in conjunction with all the organisations represented here today”, said Mr Nyatsine.

Presenting Econet’s proposition, Farai Mutyasera said the city centre is at the heart of economic activity. One of the things we want to do is to deploy technologies and information centres thereby making Harare a Smart City. “Econet will provide among other smart techs, smart digital information booths with digital touch screens allowing for interaction between the City fathers and citizens (citizen engagement), digital smart kiosks for various utility payments, world class street lights, free Wifi at selected points with modern city benches and camera systems to monitor public transport systems.

Recently, Econet together with Higherlife Foundation responded to the call for government-private sector interventions following the outbreak of Cholera which was declared a national emergency. The company has embarked on a clean-up campaign of the city of Harare, initially targeting Budiriro and Glen View.