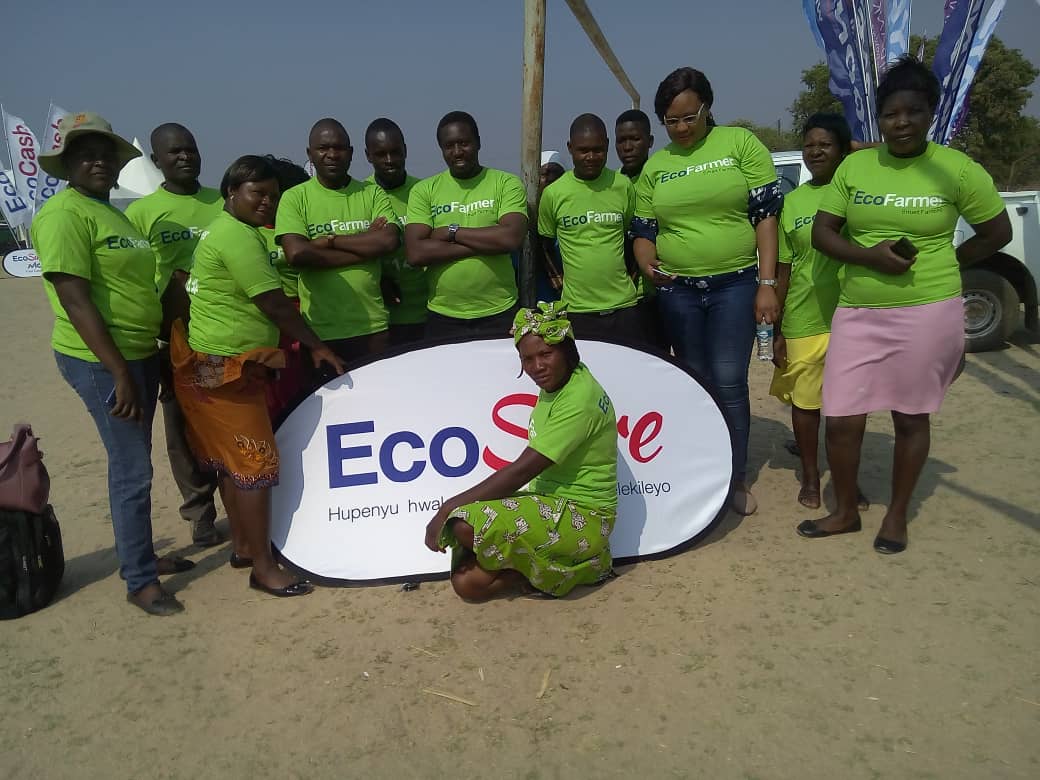 The farmers’ expo, themed ‘Taking Farming to the Next Level’ was attended by over 3 500 farmers, senior government officials, agriculture input suppliers, provincial and agriculture extension officers from around the country, non-governmental organizations and senior Econet and Cassava Smartech executives.

Speaking at the expo,a representative of the Minister of Lands, Agriculture, Water, Climate and Rural Resettlement  commended Cassava Smartech for taking the lead in the use of technology to support the farming community and to boost agriculture output.

“My ministry recognizes the potential of ICTs and innovation as powerful tools to transform agriculture in Zimbabwe,” the minister said, in remarks read on his behalf by the Provincial Crop and Livestock Production Officer for Mashonaland East, Mr Leonard Munamati.

The minister said his ministry fully supported the transformation of agriculture “from being low-productivity, subsistence farming into a modernized, technology-driven agriculture that guarantees increased productivity, national food security and profitability for farmers”.

Speaking at the same event, Econet Wireless Zimbabwe CEO Mr Douglas Mboweni said Econet and the Cassava business were grateful to God for the company’s ability to innovate and invent solutions that solve people’s problems, as demonstrated by EcoFarmer.

“EcoFarmer connects you to a rich array of farming resources and information, and also provides access to experts in the field of agriculture,” Mr Mboweni said, explaining the benefits EcoFarmer brings to small-holder and commercial farmers, including access to critical markets for farmers’ produce, and to agricultural service providers and input suppliers.

“On a daily basis, a farmer can now access markets for their goods and produce at very competitive prices, without being exploited by unscrupulous middlemen that take advantage of farmers’ lack of access to markets,” said Mr Mboweni.

He thanked the thousands of farmers that attended the event, some of whom exhibited crops and livestock at the Expo, commending them for their speed of adoption of new technologies to improve their yields and their lives. He also expressed gratitude to the government and to policy makers for supporting Cassava’s initiatives to harness technology to boost agricultural output and help transform small holder farmers’ lives.

The Deputy Information Communication Technology and Courier Services Minister, Hon Dr J Muswere, speaking at the same event, commended the Econet group for taking the lead in utilizing ICTs to impact the economy in the area of farming and agriculture, reiterating that his ministry supported the use of information communication technologies to economically empower and transform lives.

The EcoFarmer service, which already boasts on over 1 million registered farmers across the country, offers farmers a unique value bundle of services, that can be easily accessed via the mobile phone. The services include access to a trading platform, weather forecasts, and a transactional, ZimSwitch-supported bank card, linked to a farmer’s EcoCash wallet.

Econet recently announced plans to spin off and separately list Cassava Smartech in a move that market-watchers believe to be a strategic unbundling of the division, that is set to unlock shareholder value and increase management focus on the growing brands in the Cassava stable, which include EcoCash, EcoSure, EcoFarmer and Steward Bank, among others.