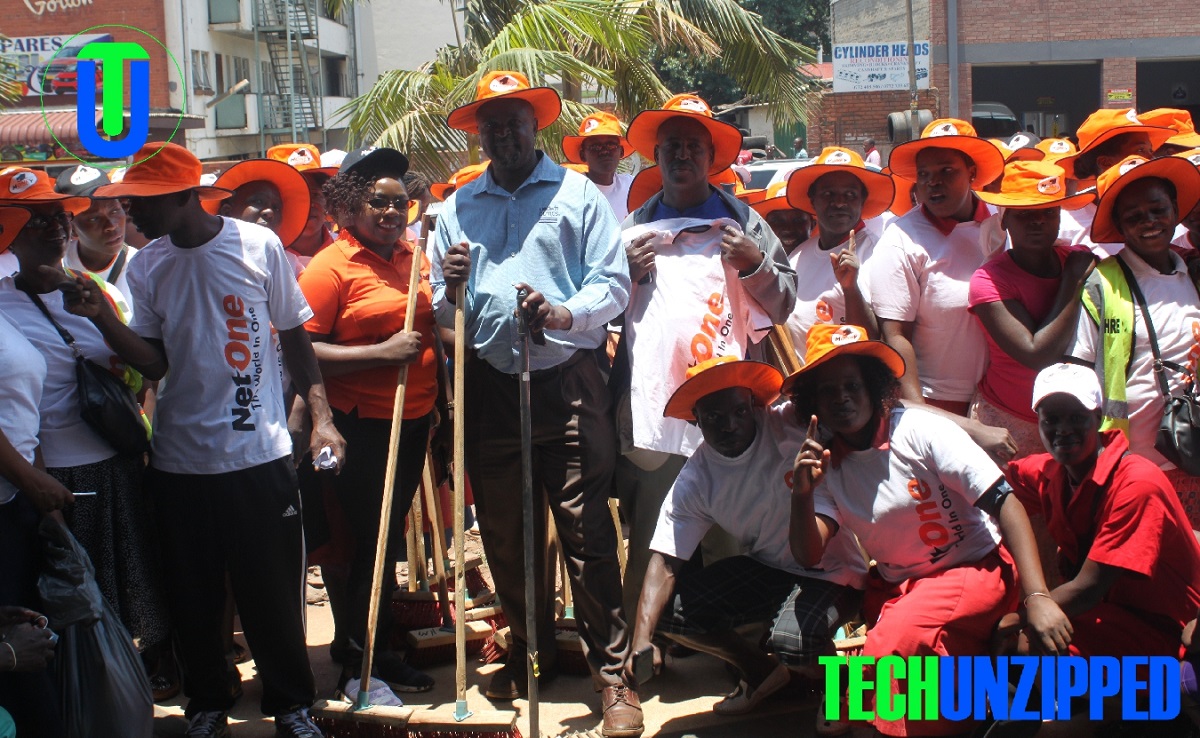 State Owned Mobile operator, NetOne, has joined other public and private organisations in a clean-up campaign which was aimed at inciting the public about waste management.

“You might be aware that last month we were in Budiriro on the campaign to fight cholera, helping to clean up our surroundings. Now we are in the CBD with the same campaign. Ever since we did what we did in Budiriro, cholera has basically been wiped out.

The clean-up campaign was attended by Environmental Management Agency, NetOne and the City of Harare.

“We are in prevention mode to make sure it doesn’t come back and so what we are doing today is a campaign to make sure our environment is clean and we can prevent such prevalences as cholera,” he said. “With cholera being contained, I can say this is just the beginning of our clean up campaigns. What I like about what we are doing is that this promotes behavior change and once people start to be responsible they carry out whatever they are doing to ensure that the environment is clean.” He added.

Zimbabwe is currently in throes of the worst Cholera outbreaks which saw many public gatherings being put to hold so as to stop the spread of Cholera.

“And we are not only doing it in town, we are taking it to other communities so that we join together in taking responsibility to fight this scourge that affect the community,”said Eng Mutandiro.

“This has been a collaboration between ourselves, the City of Harare as well as Environmental Management Agency EMA. We are very grateful with the support that we have received and that they continue to give us,” Eng Mutandiro also said.

“You recall that we promised to give one cent per every cent that is given on our network. SO we have accumulated quite a lot of money that we have. We want to use that money to continue the fight against Cholera.”

Clean up campaigns form part of corporate social responsibility – environmental initiatives which inspire and empower communities to clean up, fix up and conserve their environment.

“I can tell you that its quite significant. They are still adding that money but we are very happy for the support from our subscribers who have come out in full support. I think in the couple of weeks we should come back with the amount we want to give to channel to this effort,” he said.