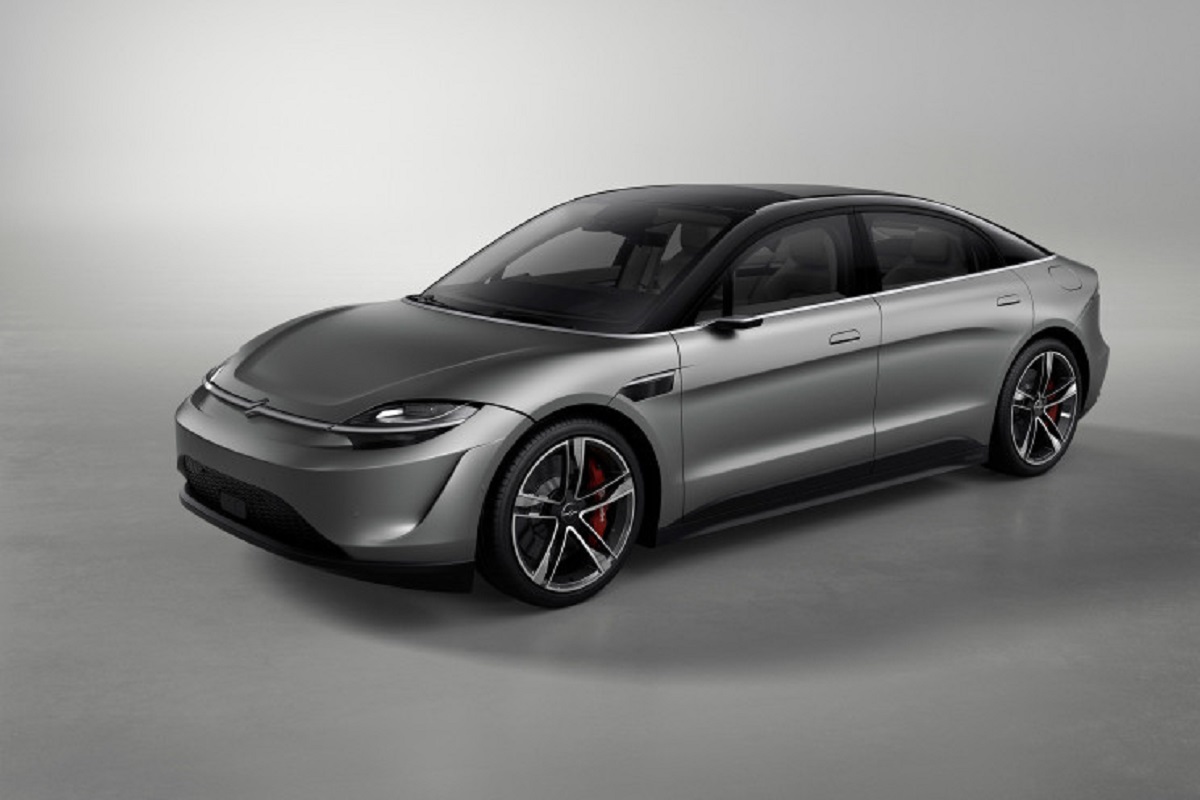 We expected news of the PlayStation 5, some camera and audio tech reveals, but we didn’t expect a prototype car. The Sony Vision S seems to be intended to demo the company’s prowess in making automobile components rather than compete with Tesla, and other car makers.

The company unveiled the Vision S concept car that is being used as a proving ground for all of their latest car automotive technology. The car is fitted with over 30 of Sony’s CMOS sensors, inside and out, which are used in the industry for increased autonomy.

The Visions S is not a self-driving car, instead it reaches Level 2+ driver assistance – it features advanced cruise control, can change lanes automatically and park itself. Sony claims that with software updates the car can reach Level 4 or higher. The car will rely on 5G, cloud AI and other emerging technologies to achieve this.

The dashboard is a long stretch of displays, which allows the driver and passengers interact with a customizable interface.

Sony did not announce plans to mass manufacture and sell cars based on the Vision S. However, you can be certain it will try to market the sensor arrays, audio setup and other features to car makers, maybe even the electric skateboard that powers the car.