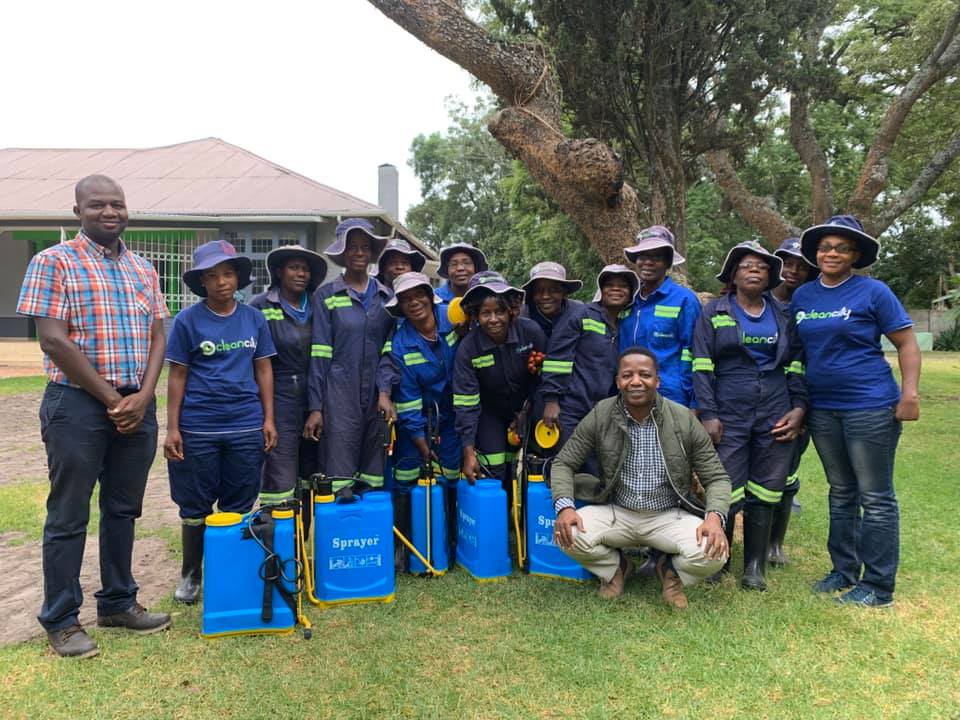 As COVID-19 continues its silent and sometimes deadly march across the world, Econet and its sister company, CleanCity had started massive city sanitation in Harare.

As of Sunday evening, there were 169,387 confirmed cases globally and 6,513 deaths, according to data the latest rally from the database of Johns Hopkins University’s Center for Systems Science and Engineering; the database also reported 77,257 recoveries.

CleanCity has taken the first steps in making sure that Harare reduces its chances of begging an epicenter of the COVID-19 in Zimbabwe by sanitizing the city hotspot areas. Today and for the next 21 days, CleanCity will be at work and today they have covered Copacabana bus-rank, Albion, Cleveland house, and charter road.

This comes at a time when the government authorities have indicated that all public places be disinfected to make sure that the situation remains under control and the disease is contained.

Ecosure has also partnered with Harare City Council partnered to distributed foot pedaled hand washing basins for the city’s busy areas to fight the spread of Covid-19, while Chitungwiza municipality has so far identified St Mary’s and Seke South Clinics as isolation facilities in the event that there are any suspected cases.

Harare now has a number of hand-washing stations set up.

Since one of the best ways to stay safe is by washing one’s hands frequently, alerting the public to the location of sinks and hand-washing stations has become a priority, the city has said.