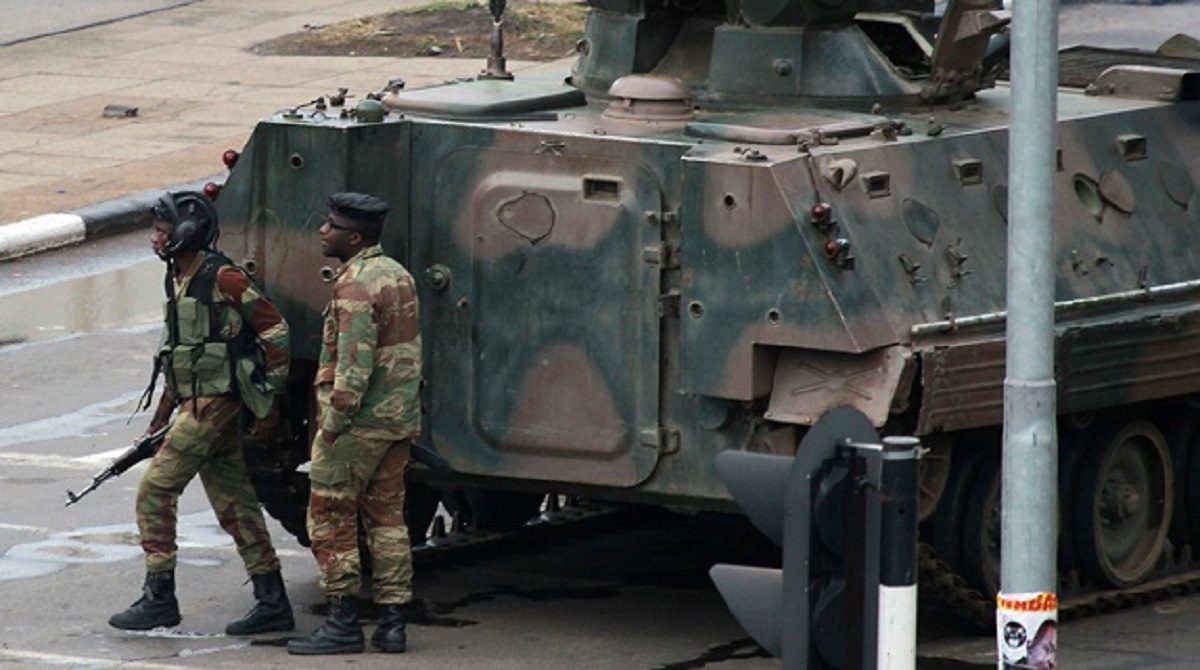 Let’s open a can of worms and make this week interesting, shall we? Is e-mail and Web use monitoring good or bad in Zimbabwe?

About half predict that humans’ use of technology will weaken democracy between now and 2030 due to the speed and scope of reality distortion, the decline of journalism and the impact of surveillance capitalism. A third expect technology to strengthen democracy as reformers find ways to fight back against info-warriors and chaos.

Addressing commissioned officers at the Zimbabwe Military Academy (ZMA) in Gweru Chimonyo said social media was now a security threat that the army should closely monitor.

“Social media poses a dangerous threat to our national security. Social media is one of the tools that is being used for misinformation and I believe that your training has been an eye-opener to the rigors and realities of technological advancements.” He said.

Considering how backward the country otherwise is vis-à-vis the fourth industrial revolution, Zimbabwe has been remarkably adept at harnessing digital technologies for surveillance and psychological warfare.

If the Army commander is right, the rules are an egregious violation of fundamental human rights, including freedom of speech and the right to the Internet. For a government that has made much show of its digital mindset and this move is in direct violation of all it claims to stand for.

Under the pretense of promoting security and access to services, the army will relentlessly crept deeper into our lives.  Currently, they are no laws that require telecoms to store citizens’ telecommunications data for six to 24 months and allowing police and security agencies to request access from a court to details such as IP address and time of use of every email, phone call, and text message sent or received.

Now is a defining moment for the future of human rights online. The right to privacy is being systematically violated by governments that are increasingly employing sophisticated new mass surveillance technologies to spy on people’s private communications.

Most demos in Zimbabwe have been successfully conducted using social media to mobilize against government, notably in 2016 when a spur-of-the-moment social media movement led by Evan Mawarire united into the biggest uprising against Robert Mugabe. And a number like the fuel price hicks in 2019.

Some People may say that “I am not doing anything wrong, so why should I care?”

Would you care if the government installed voice recorders and cameras in your home, recorded every conversation you have with a friend over a beer, or followed you wherever you go? Those actions are the physical-world equivalent of online mass surveillance.

“Google already know everything about me, so what’s the difference?”

There’s a big difference: providing your data to corporations is voluntary and optional. You disclose information about yourself when you sign up for a social network, email account, or with a telecom company. The difference is: you decided to do that, you are aware that you’re doing it, and you can cancel your account.