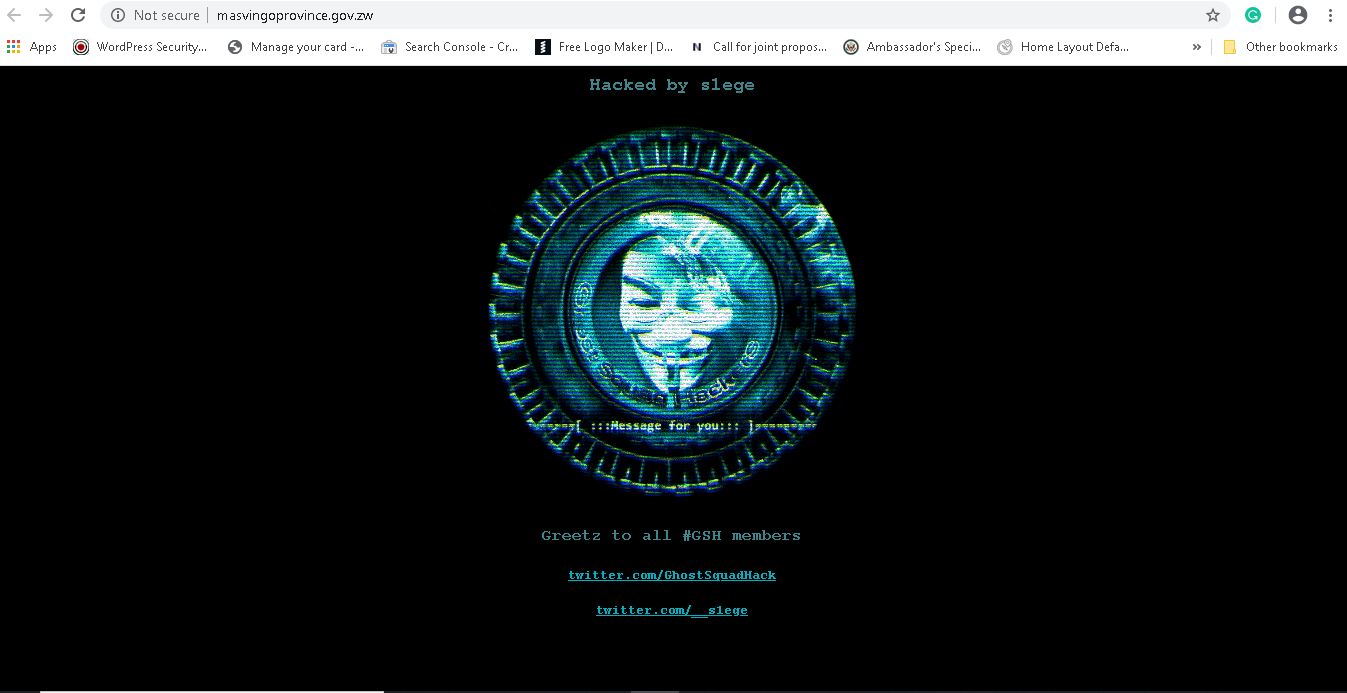 GhostSquadHackers have highjacked close to 17 Zimbabwe government websites in the “largest” cyberattack of its kind for the country, Techunzipped can exclusively report.

Sites targeted include those run by the ministries of defense, register general’s office, zim treasury, surveyor-general, Zimbabwe National Army, as well as the masvingo province.

Ghost Squad Hackers or by the abbreviation “GSH” is a politically motivated hacktivist team responsible for conducting cyberattacks on central banks, Fox News and CNN, leaking sensitive data of the United States Armed Forces, leaking sensitive data of the Israeli government, hijacking Afghanistan’s Chief Executive’s Twitter, and much more. Led by the administrative de facto leader known as ‘s1ege’ (l33tsp33k name for “siege”). The group’s prime intent and focus is embedded on anti-governmental and organization cyber protests within current involvements of media speculation and real-life happenings in 2016 to present.

According to savvananews the government websites now appear to have been suspended.

It is not clear whether the hacking operation endangered user data, or important government information, especially with regard to the websites of the ministries of interior, defense and others.

Below is a list of websites that have been hacked.