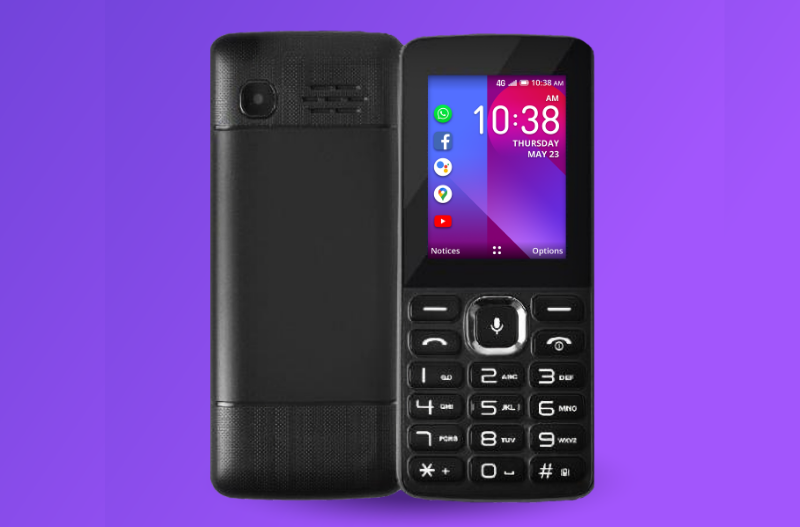 Econet Wireless has partnered with KaiOS Technologies, a leading maker of mobile operating systems for feature smart phones, to  launch the ‘Atom 3G’ phone – the country’s first 3G smart feature phone, that is set to help millions of Zimbabweans to access the Internet and become digitally included.

Announcing the launch, Econet said the new handset will be bundled with its data, offering customers 6GB of FREE data upon every purchase. It said the phone will be available at half the average price of a basic Android smartphone sold in Zimbabwe, making the Atom 3G the most affordable 3G device in the country.

The company’s Chief Commercial Officer, Mr Navdeep Kapur, said: “The COVID-19 pandemic has made life difficult for people in Zimbabwe. We want to help them get online, communicate with their loved ones locally and abroad via WhatsApp, SASAI, or through regular cellular voice calls. We also want our customers to access valuable content at this time, such as medical tips and advice.”

Mr Kapur said the Atom 3G phone can be purchased from any Econet Shop or other distribution agents across the country, adding that the phone supports Wi-Fi, Bluetooth and GPS.

“The Atom 3G phone has a 2.4 inch display, 512MB of storage and supports an microSD card. It also comes with a powerful 1,500mAh battery that enables long and extended hours of talk time of up to two days (48 hours).

“Atom 3G is priced at a level that is affordable for the millions of Zimbabweans who may not have the resources for a traditional smartphone, and we have included three months of free data as well to on-board new users and help them to access mobile Internet,” said Mr Kapur.

He said the long battery life, lasting up to 48 hours for the average user, was a critical feature for the informal sector in Zimbabwe and encouraged Zimbabweans to embrace the future by opening up to digitalisation. “It is now possible for all, with the new Atom 3G,” Mr Kapur said.

The launch of the Atom 3G is a major step towards full digital inclusion in Zimbabwe where industry figures show that mobile data penetration is currently at 59.1%, according to the Postal and Telecommunications Regulatory Authority of Zimbabwe (POTRAZ)’s first quarter sector performance report for 2020.

The current penetration level presents an untapped opportunity of 40.9% of the population that is yet to be digitally included. This is aligned to Econet’s Digital Lifestyle Network positioning which emphasizes the enhancement of customers’ lives through digital transformation.

Across much of Africa, the key barriers to Internet access are devices, data affordability and digital literacy. Smart feature phones running on KaiOS have been developed specifically to address these gaps.

“The Atom 3G phone will soon feature the SASAI all-in-one App, whose growing number of utility apps includes the SASAI Health Status Report, which is set to help individuals, families, employees, employers, policymakers and others manage and mitigate the impact of the COVID-19 epidemic” Mr Kapur said.

The Atom 3G device also supports Google Assistant, which is especially useful for the less digitally literate users to easily interact with the device using voice commands. Other essential Apps supported include Google Maps, YouTube, Facebook and an in-house App called Life, which offers digital skills training and other educational material. These can be accessed on the phone from the KaiStore, which houses over 600 other data-lite Apps.

Sebastien Codeville, the CEO of KaiOS Technologies, said: “We are delighted that KaiOS-enabled devices, which combine durability, affordability and ease-of-use in one, are now available in Zimbabwe. With access to important, useful and relevant content, we believe this device will enable every Zimbabwean to benefit from digitalization and positively impact their life.”