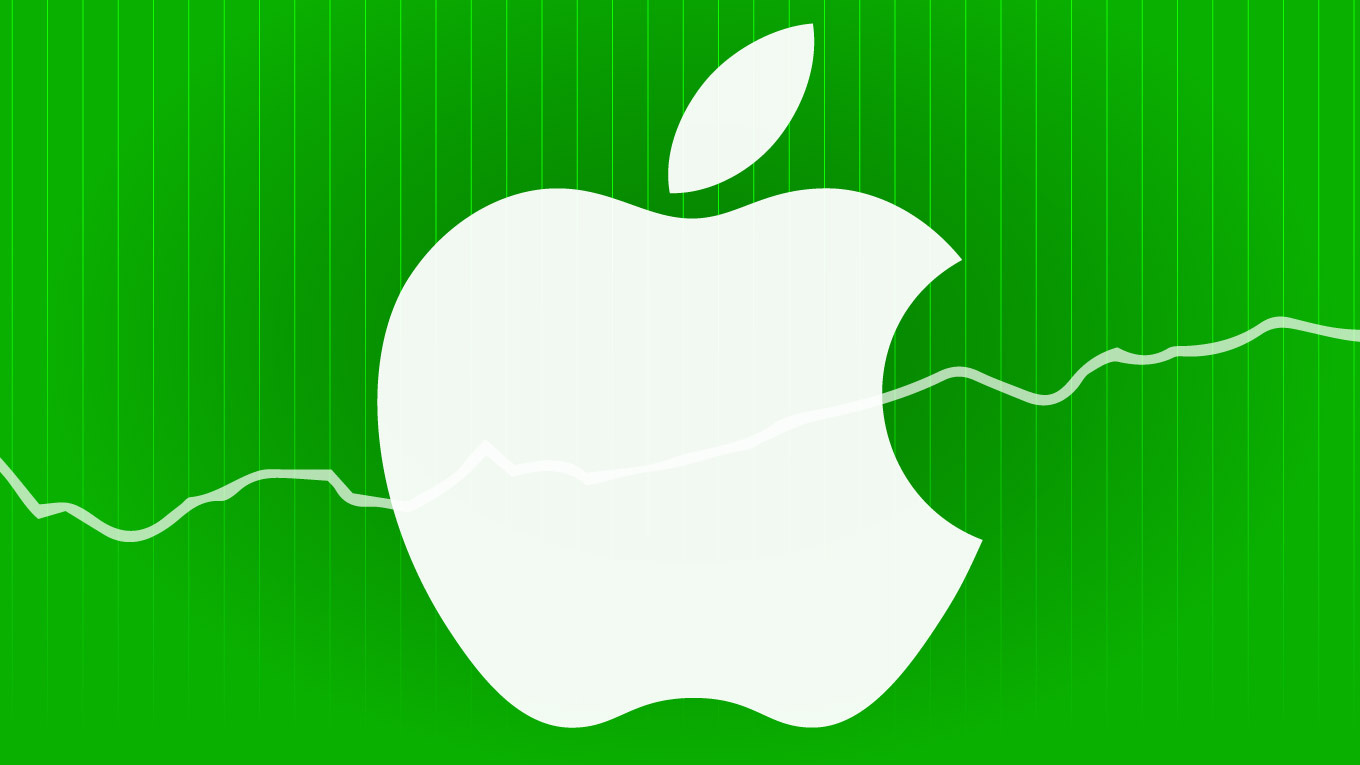 Apple became the first US $2 Trillion company on Wednesday, only two years after becoming the first to be valued at $1 Trillion by Wall Street.

The iPhone maker’s stock hit the $2 trillion mark before dipping back slightly below that lofty level. The stock has surged almost 60% this year and is at an all-time high. Apple, currently trading at nearly $465 a share, is about to become more affordable for average investors to purchase, too.

It is not the first company in the world to have been valued at $2tn. Saudi Aramco was briefly valued at that level after the Saudi state-backed oil company made its stock market debut last year, but it then slipped back.

Around three years ago the “Big Five” American tech companies — Alphabet, Amazon, Microsoft,  Apple, and Facebook were worth $3 trillion in aggregate, big news at the time. Today Apple and Microsoft alone are worth around $3.6 trillion. 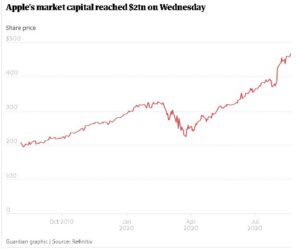