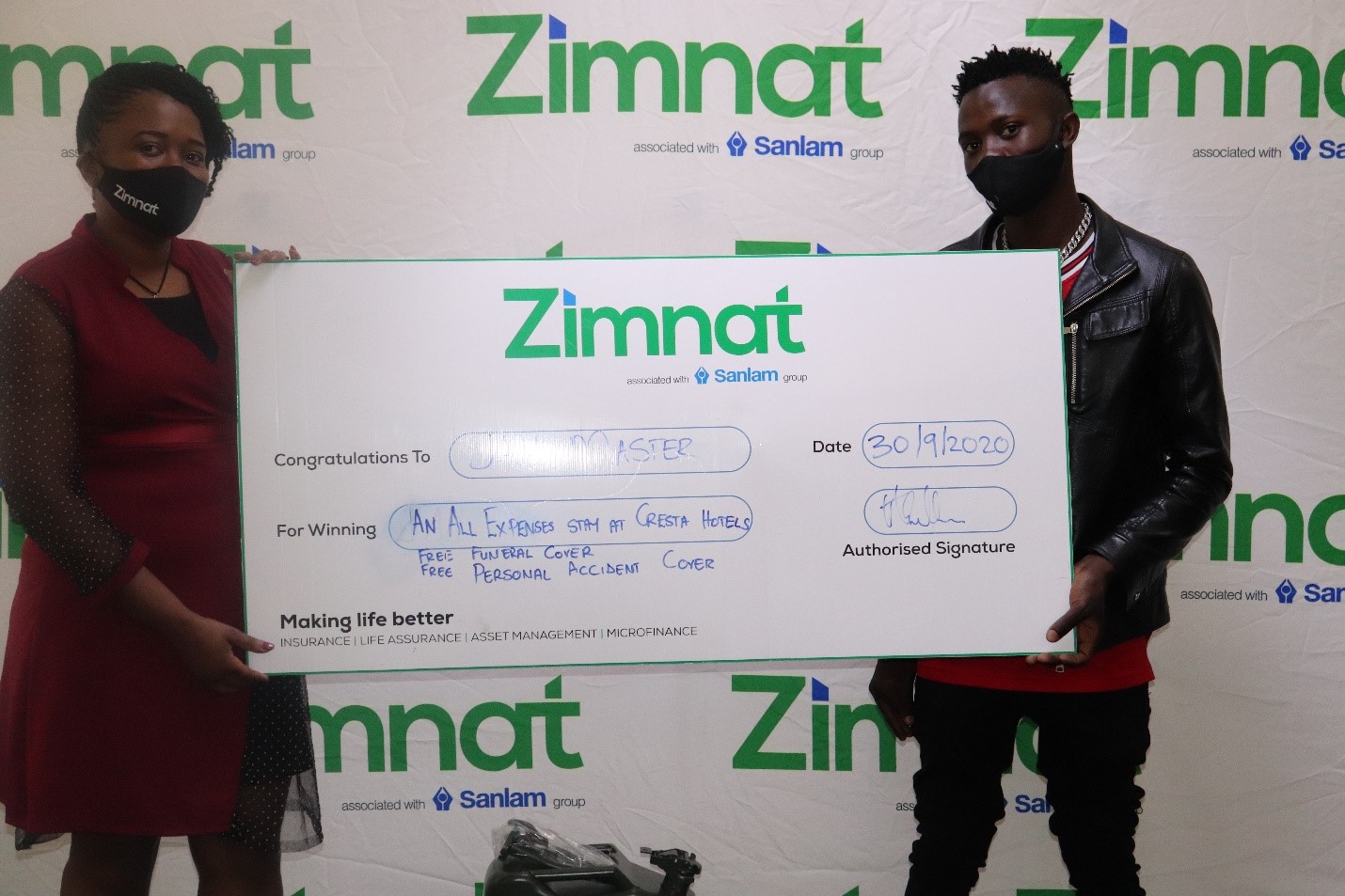 Zimnat, a leading financial service provider in the country has honoured rising musical sensation Jah Master of the “Hello Mwari” fame through a treat to some of their products and services. The honour is in recognition of his contribution in making life better during the COVID-19 induced nation lockdown through his song which has become a love of many.

Rodney Mashandure popularly known as Jah Master released a captivating hit sensation “Hello Mwari” which has gained global fame with over 2.2 million views on YouTube since the 3rd of August when it was first premiered. Dubbed the #ThankYouJahMaster for #MakingLifeBetter initiative, Zimnat seeks to simply appreciate the work of Jah Master in bringing smiles to millions of Zimbabweans who were singing along to his song during the COVID-19 lockdown and voting for it resulting in it quickly topping the charts.

As part of its appreciation package, Zimnat has offered Jah Master a free luxury weekend holiday getaway with his family at any Cresta Hotel of his choice as well personal accident cover which will pay for his medical expenses in the event of an accident that may cause any bodily injury. Further, the policy comes with a disability cover, which pays out should any form of accident occur, to ensure he continues to make a living and touching the millions of lives despite the unfortunate incident. In addition, as a provider of life planning product,  Zimnat has also offered Jah Master free funeral cover for him and his immediate family which includes his wife and child as well.

Commenting on the gesture and handover of the gratitude pack, the Zimnat group marketing executive, Tatenda Marongwe said, “The past six months have been particularly difficult for everyone across the globe due to COVID-19 as people lost loved ones. Others lost their sources of income due to this pandemic. It has been a trying period, and it is in such times that many turn to music amongst other options for hope and to feel better. Music is beautiful as it brings joy and pleasure.

It is during the peak of the lockdown period that Jah Master came up with a song “Hello Mwari’’ which gives hope in the face of challenges.  Though people were socially distanced this song promoted social cohesion as people from across the globe watched the song on YouTube in jubilation. The song hit a million views mark in less than a month.

As an organisation that is driven by its purpose to “make life better”, we decided to show our appreciation for his work which simply made things better. We also challenge other organisations to take this opportunity to honour our Zimbabwean artists who have made life better through song and art by simply thanking them,” said Marongwe. Apart from the personal insurance, funeral insurance, all expenses paid weekender at Cresta, we’re also putting a wall mural in the Harare CBD in honour of the young man’s impressive work under the hashtag #ThankYouJahMaster for #MakingLifeBetter.