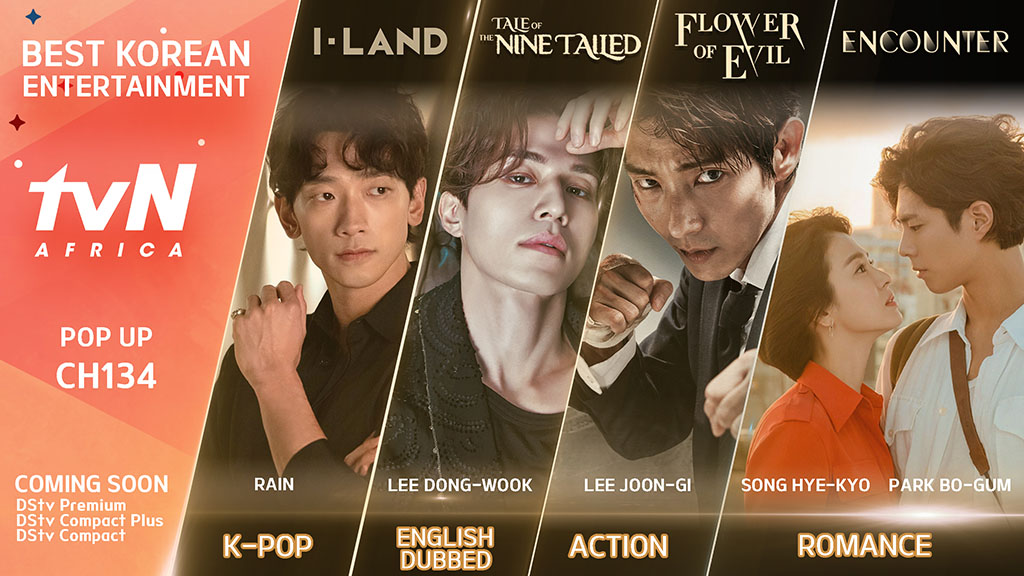 MultiChoice has announced that a new channel called tvN will launch on DStv on 1 March 2021.

TvN is a South Korean global entertain network that will offer a variety of Korean entertainment on DStv.

“The best of K-POP and K-dramas will burst onto South African television screens as the MultiChoice Group and its counterpart CJ ENM HK partner to bring the best of Korean entertainment to DStv,” MultiChoice said.

“This marks the first foray for Korea’s number 1 entertainment brand into the continent.”

MultiChoice Group CEO of General Entertainment and Connected Video Yolisa Phahle said the launch of the tvN channel is part of DStv’s commitment to bring the best of international content to South Africa.

“Through the quality of its rich stories the channel broadens the already extensive range of viewing options we have on DStv for a variety of audiences.”