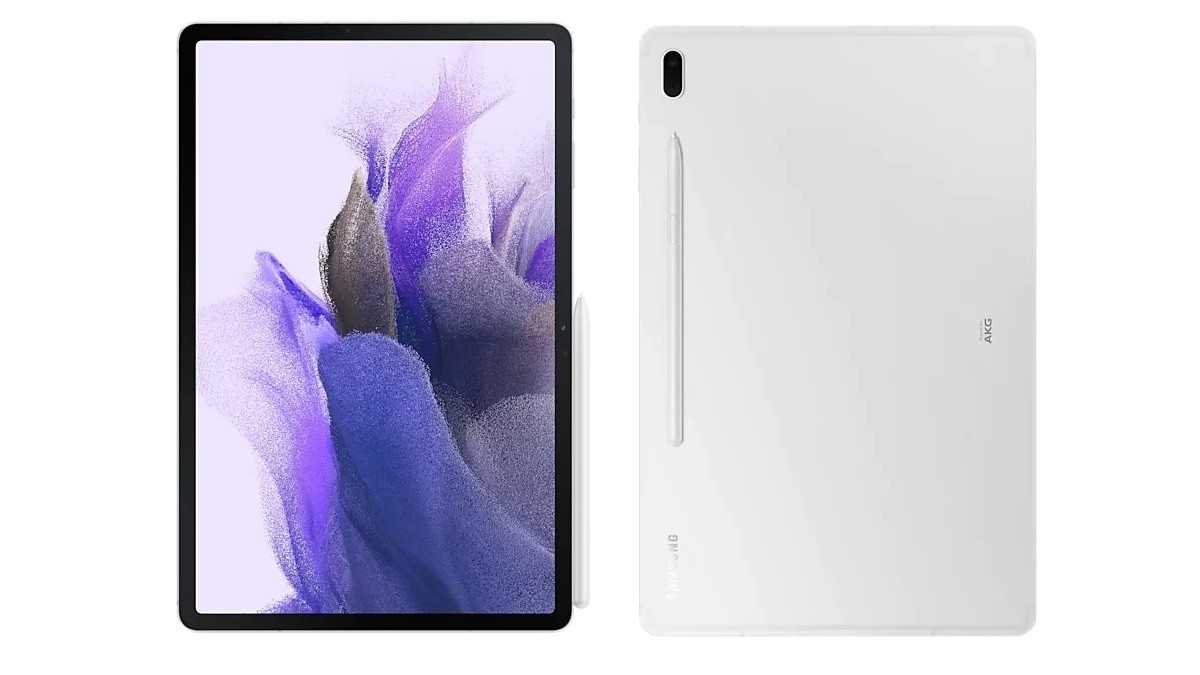 The Galaxy Tab S7 FE is one that we got to know a few short days ago thanks to Samsung Germany quietly launching it on their website. Now, though, we have a more formal announcement for it. The device serves as yet another comeback of the “FE” branding, last seen with the Galaxy S20 FE. The Galaxy Tab S7 FE comes with a 12.4-inch display and a Snapdragon 750G, a very capable SoC that also powers other Samsung devices like the Galaxy A52 5G. Back then, we knew that it would come in a 4 GB RAM/64 GB storage configuration, but now we know that it will come equipped with up to 6 GB of RAM and 128 GB of storage, which is way more sensible for the price tag it commands. It also supports 5G, Samsung DeX, and audio tuned by AKG. 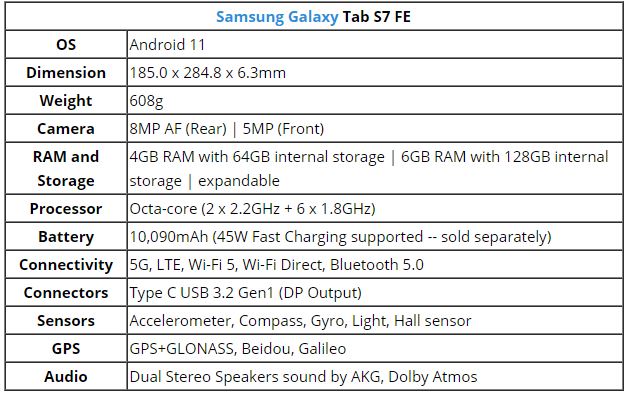 The tablet has 5G connectivity, Wi-Fi 5, Bluetooth 5.0 and GPS (no NFC). The USB-C port is wired for 3.2 Gen 1 speeds. There’s no 3.5 mm headphone jack, but you can use the tablet’s AKG stereo speakers with Dolby Atmos support.

The tablet has an 8 MP camera on the back with autofocus and 4K/30 fps video recording. There’s no ultra wide cam on the back of this model. On the front is a 5 MP cam (fixed focus) that can track your face during a video call to make sure you’re always in the center.

The Galaxy Tab A7 Lite, on the other hand, is way more budget-focused. It features an octa-core Helio P22T used in some lower-end devices from the likes of Samsung, Motorola, and HMD. It comes with options for 3 GB of RAM and 32 GB of storage as well as 4 GB of RAM and 64 GB of storage. One notable bit about this device is that it doesn’t have DeX support since the device’s USB-C port is wired for USB 2.0 speeds. Otherwise, though, as an entry level device with a big display, it serves its purpose. 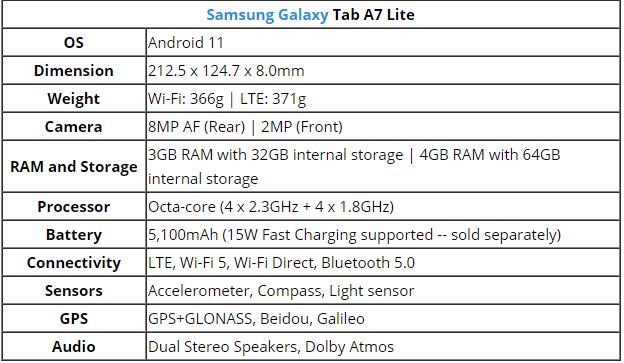