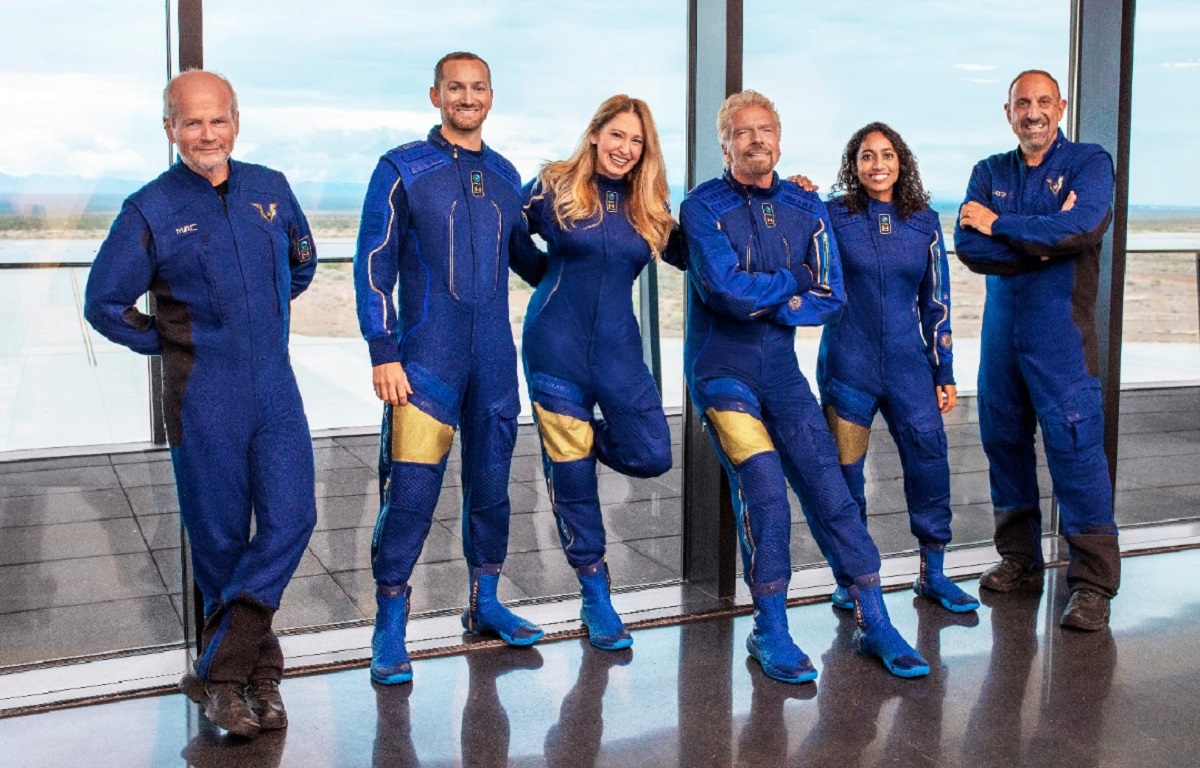 On the eve of Sir Richard Branson flight to space aboard a Virgin Galactic spacecraft at the weekend, Strive Masiyiwa recounts how he first met Sir Richard and gives a glowing tribute to the mentor, the philanthropist and the legendary entrepreneur that he is

“I was still living in South Africa, nearly 20 years ago now. I got home one evening and one of my little daughters came up to me and said, “Papa, there was a man called on our home phone asking to speak to you. I wrote his name down”.

I looked at the name on the paper, and thought it was a prank; besides most people called on my mobile.

I called the number on the piece of paper and he answered right away. We chatted for a while and then he invited me to work with him on something to do with philanthropy: #Climate Change. We created an organisation called #Carbon War Room with a great group of partners. It still exists, now successfully merged with RMI (Rocky Mountain Institute) and grown into a real force for good.

Next, we created an organisation for like-minded entrepreneurs and business leaders around the world called “The B Team” with Jochen Zeitz, Paul Polman and a wonderful group of partners.

One year he invited me to meet an organization of leaders working on peace, human rights, and justice for all that he and Peter Gabriel helped to found, together with Nelson Mandela and Graça Machel. Called “The Elders”, the organization had people like Kofi Annan, Jimmy Carter, Mary Robinson, and Archbishop Desmond Tutu, who he then asked me to address the members about my work. It was totally amazing! After that talk, Archbishop Tutu took me under his wing and I became one of his sons.

I began to travel to see Sir Richard Branson and his partners on philanthropic initiatives, like his foundation, Virgin Unite. We rarely ever discuss for-profit ventures; it’s always about how we can help people, and the world. I was just staggered by how he managed to do so many things both as an entrepreneur and as a philanthropist.

He is a true mentor to me and a whole generation of some of the world’s leading entrepreneurs. People like Larry Page, who co-founded Google, all speak well of him, as I do. We all know he is an absolute genius and the greatest philanthropist of the generation.

Although his generosity is legendary, few people have a full understanding of just how generous he actually is. It’s not about how much money you put in, but how much of yourself you put in. Richard Branson is a man with a huge, huge heart.

I remember the time Mozambique and Zimbabwe were hit by a deadly cyclone. He called me and asked, “How can we help?”

“I think they need helicopters. Big ones,” I said.

Within half an hour, I was getting calls from everywhere, from people he had asked to help. Next, the helicopters began to arrive. At one point we had 8 helicopters flying in and out to rescue people. I cried like a baby!

Another time he asked my wife and I to spend a week with him at his famous Island home, called Necker Island. One evening he showed us a video on his latest project: Virgin Galactic.

“I want to make it possible for ordinary people to go to space, just like it’s possible to fly around the world,” he explained, in his quiet voice. That was more than five years ago.

I was totally speechless and just pumped him with question after question. I am a Space enthusiast; I was like a kid in a toy shop! Since then, I have followed the trials and triumphs of his remarkable mission to develop a Space venture. I get their newsletters and I follow up in the media. I even know some of his guys working on the project.

Thousands of people have already made down-payments to fly to space on his spacecraft, once the service is commercial.

This weekend, Sir Richard Branson will himself go to space for the first time on his Virgin Galactic!

It will be broadcast live around the world, through the Internet of course. Anyone can follow this remarkable development.

Please take a moment to watch this history, and if possible, go to Sir Richard’s social media platforms (@richardbranson, @VirginGalactic and others) and show him some support!”