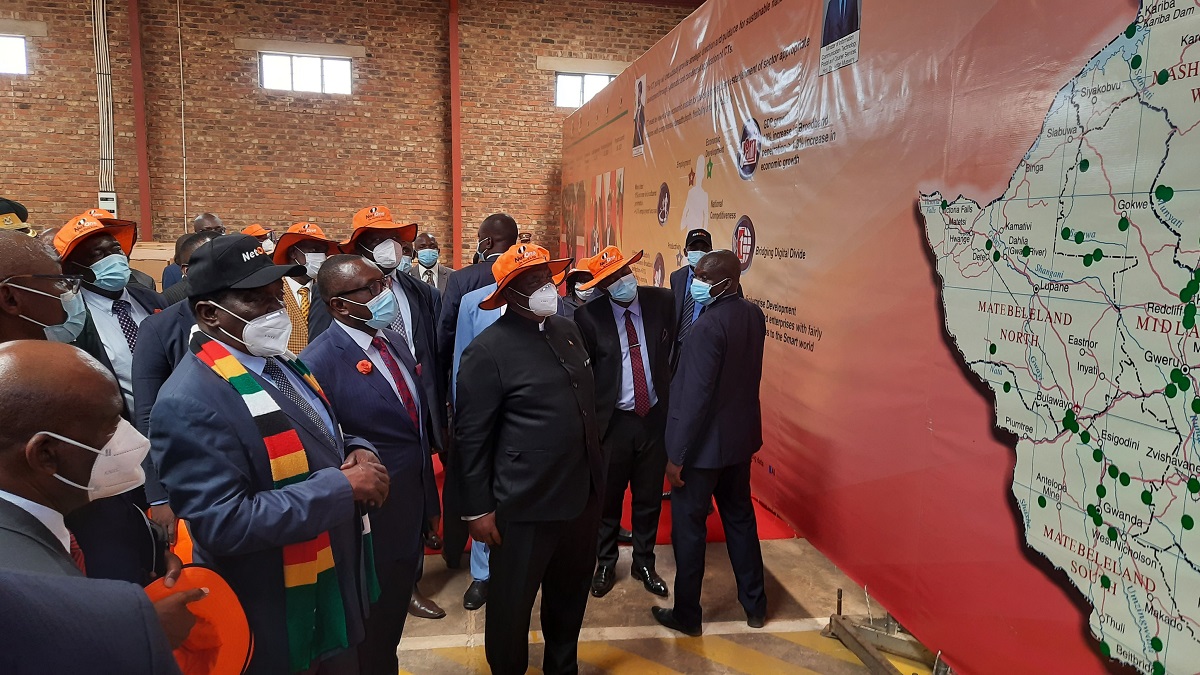 The project, which is now in the third phase, is a partnership between Chinese ICT giant Huawei, and Zimbabwe’s second-largest telecommunications provider NetOne.

The first phase of the network expansion project, which began in 2011 and was completed in 2013, saw the installation of 100 new 3G and 350 new 2G base stations across the country.

The second phase commenced in 2014, and under the project, a total of 2,231 base stations were added.

The government’s goal of becoming a middle-income country by 2030 depends on developing a vibrant digital economy.

Speaking at the official launch of the project in Harare, Mnangagwa said building a vibrant digital economy is a vital component towards his government’s goal of realizing an upper-middle-income economy by 2030.

“My government’s mandate is to ensure the access and utilization of information communication technologies to improve the livelihoods of all Zimbabweans, irrespective of location. I acknowledge the sterling efforts of NetOne and Huawei, as the country continues to expand its network, digital footprint, and increase access to ICTs in previously marginalized communities,” he said.

Furthermore, Mnangagwa said the project will steer the country towards the digital future that will transform Zimbabwe into a regional technology hub. Upon completion, the third phase will see 345 new base stations installed, thereby increasing NetOne’s national coverage from about 75 percent to 85 percent.

Speaking at the same occasion, the Chinese Ambassador to Zimbabwe Guo Shaochun assured China’s support towards the development of Zimbabwe’s ICT sector.

“With long term effort of my colleagues, China successfully completed many projects to support Zimbabwe to develop high-tech industry such as High-Performance computer center, First ICT factory and so on. Especially, the NetOne Phase one and two projects extended the network coverage from major cities to the countryside. Now the NetOne phase three will enable every Zimbabwean to get access to the internet,” he said.

In addition, Guo said as important partners of the Belt and Road Initiative, China and Zimbabwe will continue to explore further cooperation in various fields especially in infrastructure connectivity and realizing diversified independent and sustainable development.

Huawei Regional President Phil Li said the project will not only increase digital connectivity but will also enhance social and economic opportunities that come along with building a strong digital economy.

“Huawei remains committed to its vision and mission of bringing digital to every person, organization for a fully connected and intelligent society. Increasing connectivity, improving education and health care services, connecting the unconnected remains Huawei’s lynchpin goal,” he said.

NetOne boasts of a wide coverage in Zimbabwe. NetOne has over the years pioneered routes for coverage, building a strong footprint of coverage in all provinces, major highways, towns, growth points, township centres and farming areas.

The network has since expanded to about 3,7 million subscribers, according to the telecommunications sector performance report forf first quarter 2021 by the Postal and Telecommunication Regulatory of Zimbabwe (Potraz).