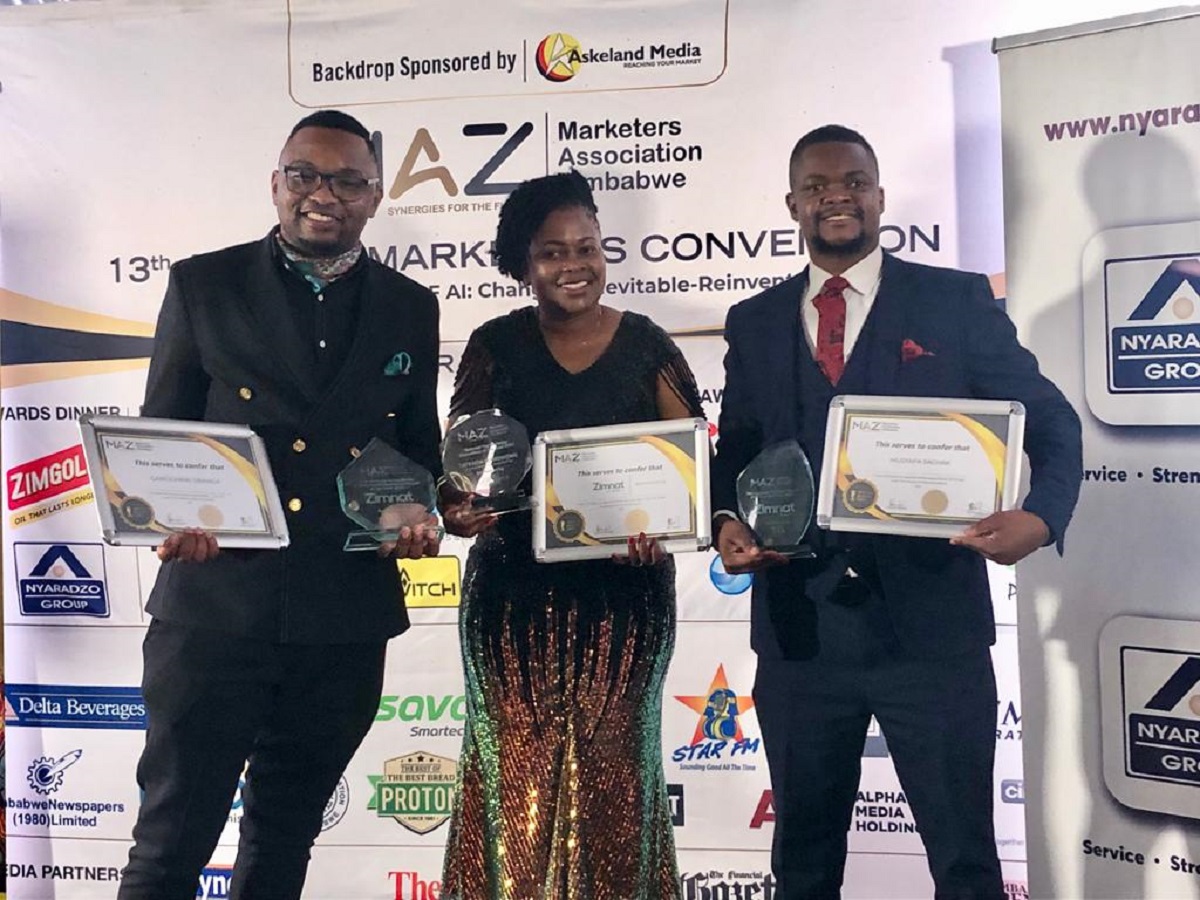 Zimnat, a leading player in the insurance and wealth management industry, scooped six awards at the Marketers’ Association of Zimbabwe 2021 Exceptional Marketing Awards ceremony in Kariba last week, the highest number of awards won by any organisation.

The MAZ Exceptional Marketing Awards ceremony is held annually in recognition and celebration of excellence displayed by organisations and individuals who have  elevated their brands and led successful marketing campaigns during the year.

Zimnat and Zimnat personnel were presented with awards in six categories, including personal award categories.

The Best Outdoor Media prize went to Zimnat for its 3D Samora Machel Parkade Car Crash Billboard, where a car appears to have crashed out of the parkade building. The key message of this billboard was Zimnat’s commitment to restoring the assets of those adequately covered by Zimnat insurance no matter what happens.Zimnat was also recognised as the company that drove the best social media and digital campaign of 2021. This followed the successful running of a promotional digital campaign in the form of Zimbabwe’s first WhatsApp Drama, which was aimed at highlighting the stresses, twists and turns that can occur in the absence of life cover, when a loved one passes away overseas and his or her body has to be repatriated. The same campaign was also recognised as first runner-up in the Best National Promotional Campaign of the year category.

Zimnat also ran an  iconic digital campaign that “broke the internet” in September as it announced the launch of its new Assessment Centre with its “Mark X” accident simulation along King George Road in Harare.

Zimnat group marketing executive Tatenda Marongwe was declared the 2021 Top National Marketer in Zimbabwe. Gamuchirai Sibanda from Zimnat’s marketing department was second runner-up for the Brand Manager of the Year Award.Zimnat group chief executive officer Mustafa Sachak was second runner-up for the Marketing Oriented CEO of the Year Award, making it the second time he has been recognised in this category.Speaking soon after the awards ceremony, Mrs. Marongwe said her team was thrilled and felt humbled to receive such recognition from the marketing industry.“It is indeed a humbling feeling to see that our efforts are being noticed, thus reinforcing our presence in the market, particularly in this special year when we are celebrating our platinum jubilee.

“We appreciate the recognition and promise more exciting programmes that are meant to make life better for all our stakeholders for the next 75 years to come and beyond,” she said.Mr Sachak expressed his pleasure at Zimnat’s receiving so many awards.

“We are delighted to be receiving these six awards, which was the highest tally for any organisation this year,” he said.

“It is such a great feeling to see our concerted marketing efforts to empower our customers yielding such results in a year when we are celebrating 75 years of making life better. Many may want to know our secret. It’s simply customer centricity,” he said,This is the second time that Zimnat has walked away with the most awards. In 2019 it received eight exceptional marketing awards. Last year it received four awards.

The Zimnat Group has four main business units, namely general insurance, life assurance, asset management, and microfinance. The group is driven by its mission to make life better. It is associated with the Sanlam Group, the largest non-banking financial institution on the continent.