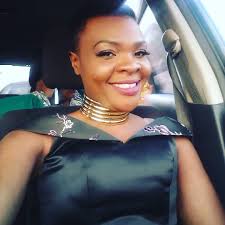 Olinda Chapel had dragged Mai Titi to court on allegations of cyberbullying.

Taking to Facebook, Mai Titi revealed that the court removed the case from the roll on the basis that her purported affidavit was not properly authenticated amongst other reasons.

Speaking on the out come mai titi said “Hey fam I know you are worried about me hey I’m ok .We all go through a lot and we all fight our demons but I’m ok Anyway Update on Olinda Chapel’s Court Case.
The Court has removed the case from the roll. As you may have read from social media and press that my lawyer attacked her case on two grounds;

1. That her purported affidavit was not properly authenticated.

2. That the attachments she used were not in the official Court language.
And also the fact that she attacked me first.

The Court agreed and removed the matter from the roll with costs.

In simple terms we have won for now we await for her next attack . Do advise me when she makes a live about me mentioning my name.

Thank you for your constant support and standing with me during this time.
Thank you Arthur Marara my Advocate