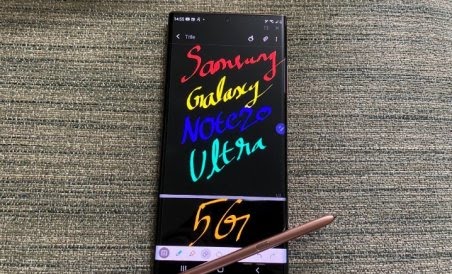 We knew this day was coming. But Samsung never officially called time on the Note, only noting that it would skip 2021, and that the Galaxy S22 Ultra was a spiritual successor to the Galaxy Note.

When Samsung introduced the Galaxy S22 Ultra a few weeks ago, it confirmed what we already knew from leaks, renders, and tips. The phone was designed to replace the Galaxy Note. And just in case there was a glimmer of thought in the back of your mind that perhaps, just perhaps, the Galaxy Note might be back, Samsung took that glimmer and shot it in the head at MWC 2022 according to Dailian.

That is where Sammy’s smartphone chief Roh Tae-moon told those at the conference that from here on out “Galaxy Note will come out as Ultra,” referring to the Galaxy S Ultra model. The Galaxy Note burst on the scene back in 2011 and was the first smartphone to break the 5-inch ceiling for displays which maxed out at 4.3-inches at the time. The 5.3-inch screen on the first Galaxy Note and the included S Pen set the stage for that model for years to come.

As a fan of big phones with more boxy, rectangular designs, this would have saddened me. Sure there are plenty of large phones but they always felt a little ungainly or too rounded to be the productivity machines Note phones were.

However, over the last few years, Samsung didn’t blow away all comers in screen size with the Galaxy Note, and integrating its squared-off design and the S Pen with the Galaxy S22 Ultra made plenty of sense. The manufacturer hinted at this move last year when it gave the Galaxy S21 Ultra support for the S Pen.

Samsung is hoping that those hankering for big-screened devices that they can take in the field or on the go purchase the Galaxy Z Fold 3 which turns a 6.2-inch external display into a 7.6-inch tablet-sized screen as easily as opening a book. And while the Galaxy Note is dead, when alive it did influence the size of smartphone displays.

Which smartphones will no longer be able to use WhatsApp fom November 1?
Econet ‘Smart US Dollar bundles’ A Smart Move