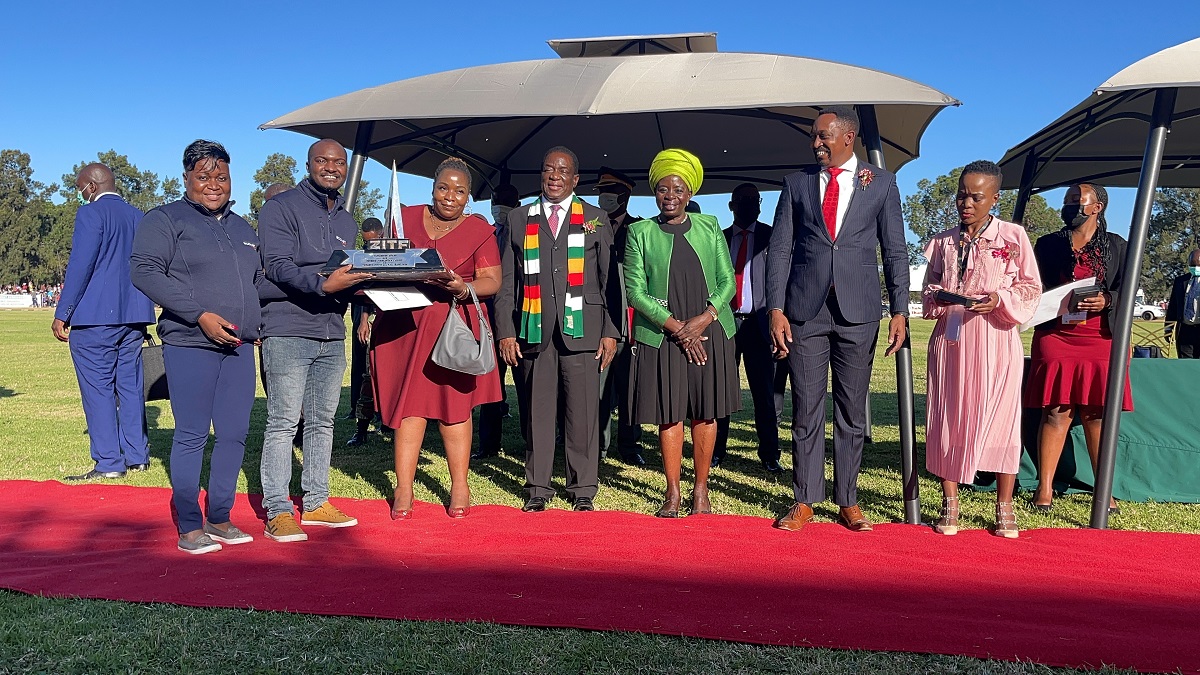 The top award, called the ‘President’s Award for the Premier Zimbabwean Exihit at the Zimbabwe International Trade Fair’, was won by Econet at this year’s Trade Fair which was well attended by over 500 direct exhibitors from 14 countries.

Econet’s exhibition stand was a star-attraction at the international trade event, with the telecoms company showcasing its technology, digital, media and entertainment products that included gaming, online music and state-of-the art devices.

The stand offered a unique, immersive and engaging experience for visitors, which allowed the company to be able to seamlessly host a 5G launch event at the stand yesterday.

Econet CEO Dr Douglas Mboweni expressed his gratitude for the award, which was handed to the company’s representatives by the President, Hon ED Mnangagwa, at the official opening ceremony of the Trade Fair on Friday.

“We are grateful that Econet has won this award in the face of serious and well respected competition among this year’s exhibitors, some of whom would have been worthy winners of the award,” said Dr Mboweni, adding that he dedicated the award to “our customers, whose support we never take for granted and without whom we would not be where we are today as a business”.

He said the award was the result of the diligence and team work demonstrated by Econet staff and management, along with their dedication and commitment.

Dr Mboweni said Econet, which has consistently participated at the ZITF over the years, was committed to continuing to invest in the country’s telecoms infrastructure and technology in order to improve the customer experience and help the country become a competitive digital economy in the shortest possible time.

The listed mobile network firm has contributed in excess of US$3 billion to the Zimbabwean economy through infrastructure investment, direct and downstream employment creation, as well as through taxes, levies and licence fees.

Econet General Manager for Marketing, Mrs Tariro Muchena, who received the award along with some Econet colleagues, said she was excited to receive the award on behalf of the entire company and the customers they serve.

“This recognition will motivate us to do even more to continuously improve the customer experience and to offer cutting edge digital technology solutions and products,” Mrs Muchena said.